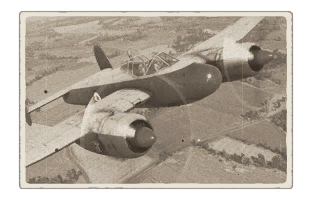 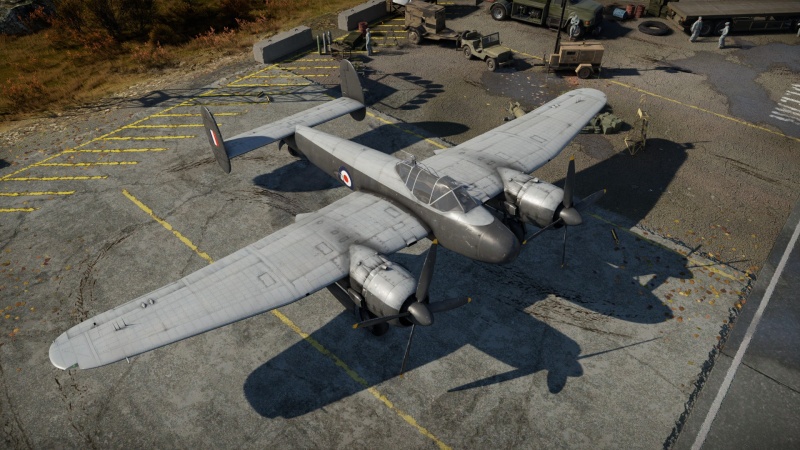 This plane is a pure bomber hunter and ground attack aircraft. If there are no bombers for you to hunt, switch to heading on fighters. Should you survive to late match and find that the tickets will decide the match then you may load up air-to-ground weapons, but not before that.

How to offensively engage an enemy aircraft:
The first thing you should do is head on. Your four Hispano guns will completely obliterate any aircraft from the front with a 3-second burst. In your head on you should open fire as far out as you feel comfortable, then turn out immediately after you hit him, as you don't want him to change direction until after your volley hits home.

Designed to replace the famous Bristol Beaufighter series, the Bristol Type 164 "Brigand" was based on the already in production Bristol Buckingham, a transport/liaison aircraft intended to have been a medium bomber like the Wellington. Because of this, the Brigand was substantially larger than its predecessor and its performance suffered in suit. Originally conceived as a fast torpedo attacker, the Brigand turned out to be a heavy strike bomber, and only the first eleven airframes were ever torpedo capable.

The Brigand B.1 as seen in-game would first see service with No. 84 and No. 8 Sqn RAF in Aden, modern-day Yemen. While not seeing action, the hot, dry climate of the Arabian peninsula was ideal for the Brigand and production continued. The Brigand would next be handed over to Beaufighter squadron No. 45 based out of Tengah, Singapore in engaging Communist guerillas in and around Malaya (Modern day Malaysia). It was here where the Brigand would receive its trial of fire, bombing and rocketing swathes of the South-East Asian jungles on the hunt for this red menace. However, the humid climate and constant stress from dive bombing would be the death sentence for this aircraft. The leather and rubber seals used on the hydraulic jacks of the landing gear and dive brakes rotted away, causing gear failures and some dive brakes failing, leading to crashes and wing tearing. This, combined with the Brigand's wings being unable to cope with the constant dive-bombing, led to it being withdrawn from service in Malaya by 1952, and from Aden by 1954.

The Shooting Range #304 - Metal Beasts section at 00:30 discusses the Brigand B 1.
Brigand - (Not So Bad) First Impressions - Napalmratte