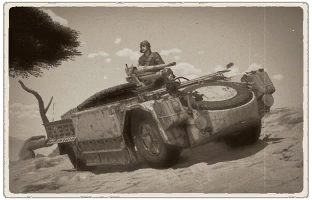 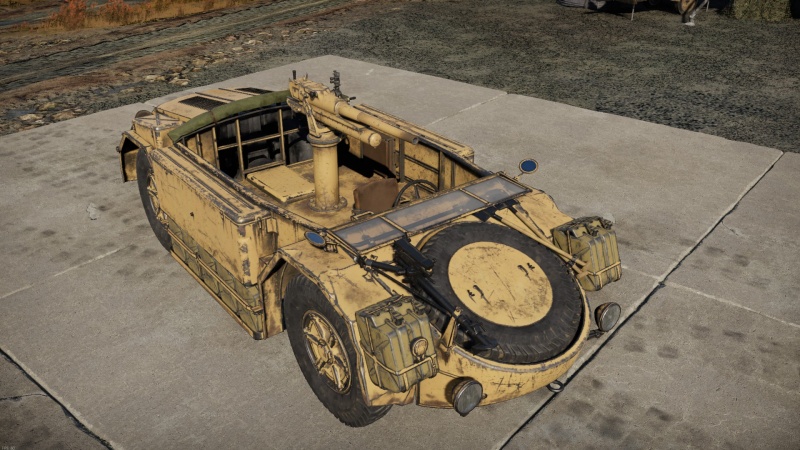 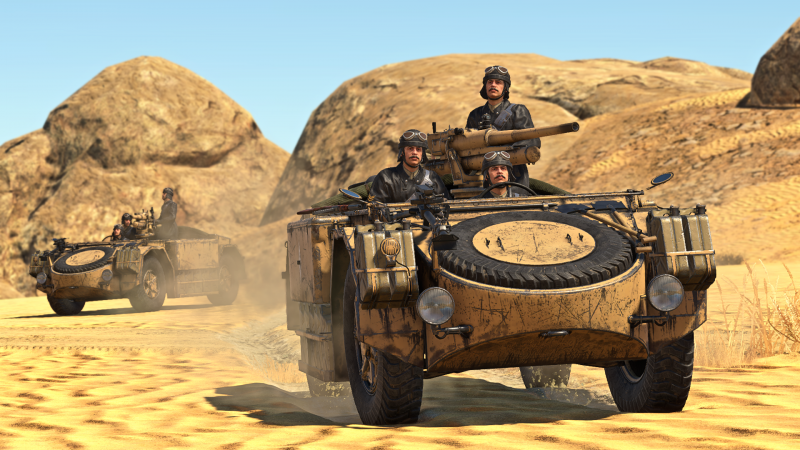 The AS-42/47 has very high mobility with speeds exceeding 80 km/h on concrete and 35 km/h offroad.

The armament present on AS 42 47/32, in other words the 47mm cannon (47/32) that you can also find on M13/40s, M14/41s is a cannon with mediocre penetration, the shots present for research are really similar and only the penetration changes.

The excellent reloading of the cannon allows the vehicle to fire quickly, in particular AS 42 at its BR can encounter lightly armoured targets and this makes it capable of destroying ground targets easily, meanwhile if we talk about destroying air targets, it would be better to use its AA version armed with a 20mm cannon (AS 42). 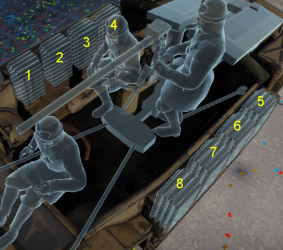 The AS 42/47 should be mainly used for flanking. It has the speed to reach flanking positions before the enemy does. The gun, while not impressive, has enough penetration and explosive filler to knock out most tanks that it can meet, especially when you hit them from the side. However, the penetration is still not very good, and as such the AS 42/47 suffers when uptiered with the B1 and SU-122 being your worst nightmares as even the sides of them are nearly immune to your gun. Armour-wise, it practically doesn't have any as the crew is completely exposed, making every near exploding artillery shell, machine gun of any size, aircraft strafing, or HE shell a serious threat. That's why you shouldn't drive to choke and capture points with a lot of artillery shelling. Use your speed to change position constantly and don't shoot multiple times from the same position as that could attract an artillery strike from the enemy and with that a free ticket back to the respawn screen.

The AS (Autosahariana) 42 was derived from the AB 41 armoured car. It was, however, unarmoured and did not have the rear driver position. Designed for long-range reconnaissance in North Africa, it had a cross country range of almost 500 miles (800 km). It was also known as the Camionetta Desertica (Desert Weapons Carrier) mod. 42, or "la Sahariana" (the Saharan). The main armament varied: 20 mm anti-aircraft cannons (see the AS 42 entry for details), 20 mm anti-tank rifles, and machine guns were common alternatives. For heavier firepower, some were fitted with a Breda M35 47 mm anti-tank gun, which is the variant described in this article. About 200 were built and saw service in North Africa, Sicily and Italy. After the armistice, some continued in use with Fascist Italian forces and Germany, including on the Eastern Front, and in the Ardennes in 1944-45.

Post-war, about a dozen survivors, painted amaranth red and disarmed, were used by the Polizia di Stato in Udine and Bologna.[1]