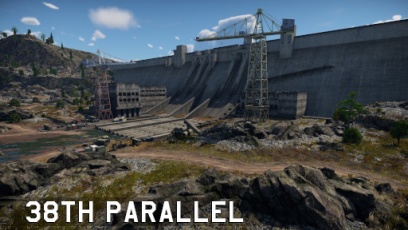 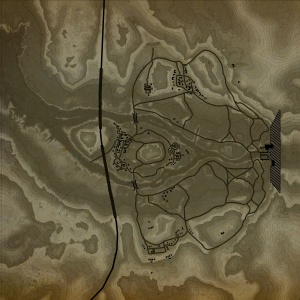 38th Parallel, also known as Korea, is a ground forces map available in all modes. It was added in Update 1.65 "Way of the Samurai". As its name suggests, the map is set along the "38th Parallel", a popular name given to latitude 38° N, which prior to the Korean War was the boundary between North and South Korea.

The most noticeable feature of the map is the large dam on its eastern edge. The outflow from the dam creates a shallow river, which cuts through the middle of the map, and splits to create and island in the west. Battles in the east of the map take place around the foot of the dam, with a capture point often appearing in the river at outflow. Players tend to dig in and take cover, or go hull-down, behind the numerous rocks in the area; exchanging shots with players on the other side of the river.

In the middle area of the map the river splits, creating an island; the areas to the north and south of the river consist of terraced fields, with rock clusters dotted around. On the eastern part of the island (in the middle of the map) there is a military camp, with many tents, a few wooden watch towers / water towers, and numerous vehicles. Rocks along the eastern edge of the island mean the area is only accessible from the north / south, and from the west of the island. A road runs round the edge of a hill in the middle of the island, providing a place from which players can shoot down into the camp; however doing so leaves them open to fire from enemies on the river banks, or sat in the terraces.

The east and west of the island are separated by a large, rocky, hill. Part way up the hill there is a road, running right round it. The eastern part of the road overlooks the camp and the western part runs through a small fuel depot, overlooking the western village. By advancing round the hill the player can shoot into the village or the camp; and by advancing to the other team's side of the hill they can flank the enemy in the village, and shoot at tanks approaching the island, however this does leave them open to enemy fire.

The west of the island is taken up by a village, made up of destroyable buildings. Players can shoot through the buildings to hit enemies, so caution is advised when fighting in this area. A destroyed railway bridge, which would have once connected the areas north and south of the river runs across the western edge of the island.

As suggested by the name, the map is set along the "38th Parallel", a popular name given to latitude 38° N. Korea had been annexed by Japan since 1910; following Japan's defeat the United States and the Soviet Union both found themselves occupying the Korean Peninsula, and the 38th parallel was established as the boundary between their two zones of control, as it split the country roughly in half. As the Cold War began, negotiations between the United States and the Soviet Union failed to lead to an independent, unified Korea. In 1948 elections were held in South Korea, with Syngman Rhee being elected as leader and in the North Kim Il-Sung was appointed as the leader Joseph Stalin. This led to the establishment of the Republic of Korea in South Korea, and the establishment of the Democratic People's Republic of Korea in North Korea, with the 38th parallel as the border between the two. The South was backed by the United States, and the North by the Soviet Union.

On 25 June 1950, after a series of cross-border raids and gunfire from both the North and the South sides, the North Korean Army crossed the 38th parallel and invaded South Korea, starting the Korean War. The United Nations came to aid of South Korea, authorising the deployment of UN forces to the Korean Peninsula to repel the invasion. Twenty-one countries eventually contributed to the UN force, although the United States was the predominant nation, making up 88% of the UN force. By September 1950, after two months of fighting the UN forces had been driven back to a small area in the south of the peninsula, known as the Pusan Perimeter, and were nearing defeat. UN forces dug in and prepared to make one last stand against the North Korean forces. North Korean forces continually attacked the perimeter, but failed to push UN forces back any further. The UN was able to use the ports in the area to amass an overwhelming advantage in troops, equipment, and logistics. The UN forces held out for six weeks, after which the North Korean force collapsed and retreated in defeat, following a UN counterattack at Inchon on the 15th September 1950.

Following the counter attack UN forces rapidly pushed north, and by the 1st October had pushed the North Koreans, back north of the 38th parallel. South Korean forces pushed into the north, joined six days later by UN forces (despite warnings from China it would enter the war in such an event). UN forces rapidly approached the Yalu River (the border with China) but on the 25th October 1950, mass Chinese forces crossed the Yalu and entered the war. The surprise Chinese intervention forced the retreat of UN forces which continued until mid-1951.

The war became a war of attrition, with the front line close to the 38th parallel. North Korea was subject to a massive bombing campaign and jet fighters fought each other in air-to-air combat for the first time in history. Soviet pilots covertly flew, assisting their communist allies. The war eventually ended in a stalemate on 27 July 1953 when an armistice was signed, after 3 years, 1 month and 2 days of fighting. The agreement created a new border between the north and south, the "Demarcation Line", with a Demilitarized Zone running along it.

Domination
There are three Capture Points. Point A is in the camp on the island, B is in the town on the Island, and C is at the base of the dam. 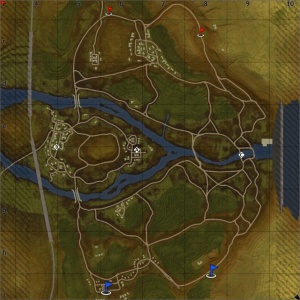 Conquest
There are three configurations of the conquest mode, each with one Capture Point. The point will be in one of the locations that appear in domination mode. Dependent on the configuration some parts of the map may be made inaccessible. 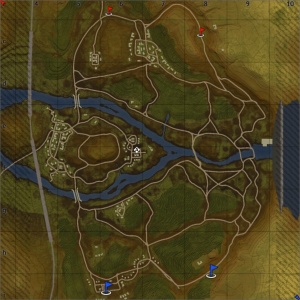 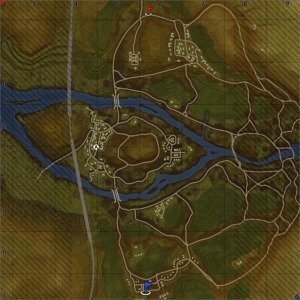 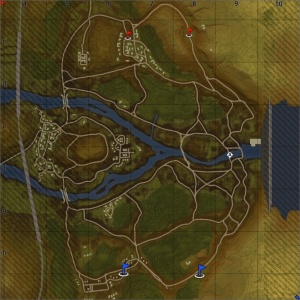 Battle
There are two capture points, each owned by one of the teams. The points are on bridges, north and south of the town. 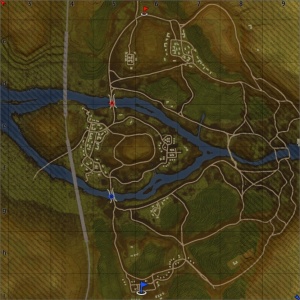