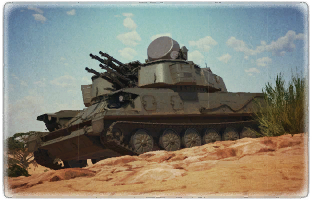 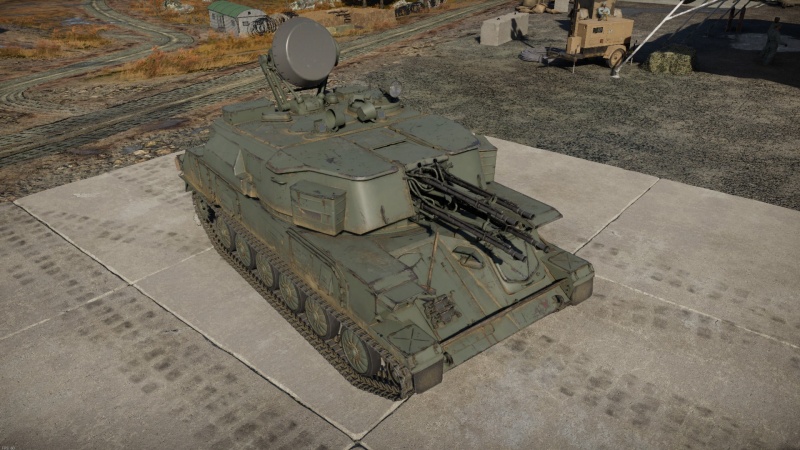 The ZSU-23-4 "Shilka" is a rank VI Israeli SPAA with a battle rating of 8.0 (AB/RB/SB). It was introduced in Update "Fire and Ice". The "Shilka" presents a higher rate of fire and more powerful ammunition than its predecessor Hovet, allowing the user to saturate the airspace to increase the chance of hitting a low-flying aircraft.

ZSU-23-4s were captured from Egypt and Syria by Israel during the Yom Kippur War. It is identical in performance to the Soviet ZSU-23-4.

While it is fully enclosed, the ZSU-23-4 has armour which makes the M18 Hellcat look like a heavy tank. Even 7.62 mm machine guns stand a fair chance of penetrating this vehicle. This makes you a primary target for aircraft, which at this vehicles BR are usually armed with cannons or high penetration machine guns, which will easily take you out.

Missile-equipped aircraft are the greatest threat to your existence. They are capable of sitting comfortably outside your firing range while firing lethal AGMs at you. Hide from them until they are either dealt with by an allied plane or they come close enough to be dealt with by your 23 mm cannons.