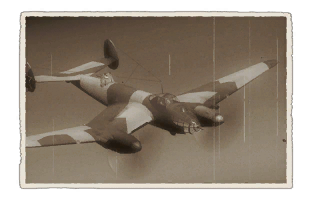 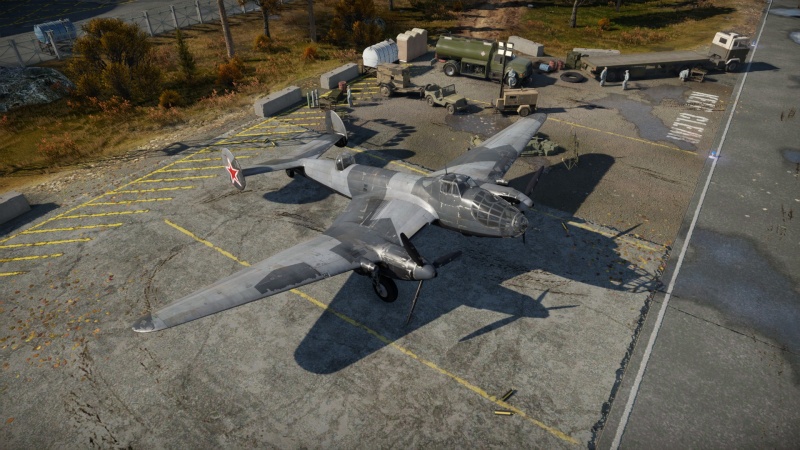 The Yer-2 (ACh-30B) is a long-range twin-engine bomber capable of carrying a very heavy payload of bombs (up to 5,000 kg) over shorter distances. It is the final, definitive production model of the Yer-2, equipped with Charomskiy ACh-30B diesel engines for improved fuel economy and range. It can be distinguished from the early model by the widened cockpit.

The Yer-2 is also by no means an agile aircraft in the first place and the airframe will not tolerate much G-load, hence it is very ill-advised to make sudden control inputs with the aircraft unless playing in Arcade mode. In fact, the later diesel Yer-2 model has even lower structural G-tolerance than the early diesel-engined model.

The Yer-2 (ACh-30B) (l) can be outfitted with the following ordnance:

The Yer-2 with diesel ACh-30B engines is the last traditional heavy bomber in the Soviet line-up until the Tu-4, and it retains its previous models' strengths and weaknesses. The main draw of the diesel Yer-2s is the gigantic payload at its disposal (up to 5,000 kg), being the second best at the BR behind the British Lancaster. However, the heavier diesel engines mean that it is actually slower than the earlier M-105-engined variants.

The airframe itself is not very durable, and with only two engines, the aircraft cannot maintain flight if one engine is knocked out. As such, it is best to avoid any form of engagement at all costs. The late model diesel Yer-2 has a side-by-side pilot cockpit arrangement, but is otherwise near identical to the early diesel Yer-2.