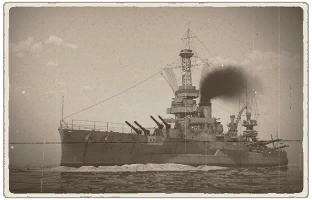 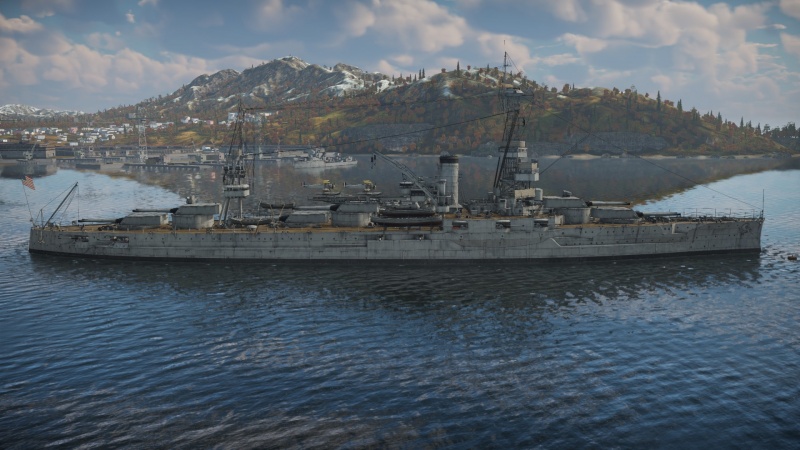 The first wartime mission undertaken by the USS Wyoming was on February 6, 1918, in which the battleship was to escort a convey to Stavanger, Norway. The mission was a success, apart from the false alarm of German U-boats. Wyoming patrolled in the North Sea for the next few months, watching for a sortie by the German High Seas Fleet. On 30 June, Wyoming and the rest of the 6th Battle Squadron conducted a minelaying operation in the North Sea until the July 2. In December of the same year, the USS Wyoming was carrying Woodrow Wilson to the peace negotiations in Paris. During the interwar years, the battleship was demilitarized and primarily used as a training ship by the US Navy.

In the Second World War, the battleship was also used as a testing ground for new technology (such as new fire control systems). The Navy had considered reverting the USS Wyoming back to its former battleship state, though they decided against the plan. The USS Wyoming was decommissioned following the second World War on August 1st, 1946.