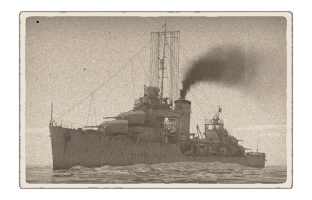 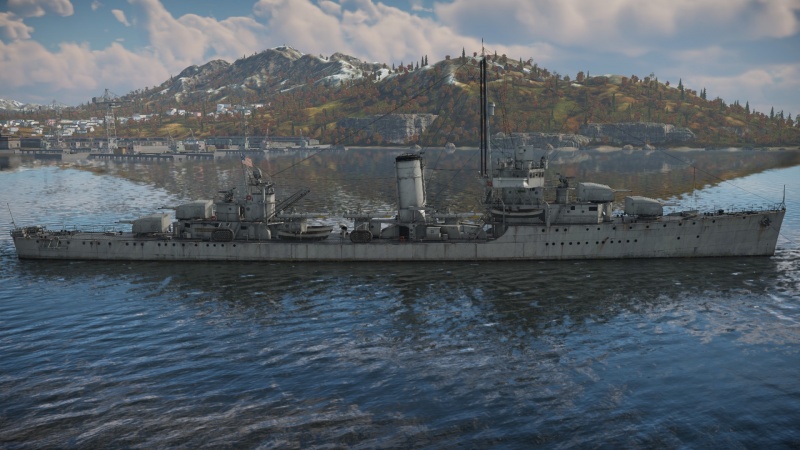 The Somers-class, being based on the earlier Porter-Class, has very similar armour and layout. This gives her a main belt and armoured deck 0.5 inches thick, made of anti-fragmentation armour. These cover her machinery spaces and crew compartments amidships. This will not prevent any AP shells larger than 40 mm from penetrating at any more than extreme range. However it will greatly reduce damage from HE shells impacting the armour and makes her very survivable against destroyers with only HE shells. The bridge is also shielded frontally with the same 0.5 inches of anti-frag armour, which shields from splinters.

The turrets are covered in 0.125 inches of anti-frag armour. This will not stop any direct hits, and even splash damage will usually destroy the turrets. This effectively only protects against 20 mm or smaller weapons, so captains should expect turret mounts to be frequently knockout out of action. The magazine is placed beneath the rear two turrets, and has no protection. Any hits to the rear of the Somers will vaporize the ship, so captains should attempt to shield the magazine as much as possible.

The U.S.S. Somers is a powerful ship. This is because of the ship's main armament, which consists of eight 127 mm cannons mounted in four dual turrets, gaining an extra turret compared to the Sumner. This gives it the most broadside potential of any destroyer in the game. These guns also fire ridiculously fast at a whopping 2.8 seconds aced. This allows the Somers to have unmatched firepower potential for a destroyer, with its main rival being the Z32 with its slower firing but larger calibre guns. As such, you should use this ship mainly to combat enemy destroyers. With good aim and luck, you should be able to take on any destroyer in the game in a straight-up 1 vs 1 fight. The ship is also equipped with 12 torpedoes, mounted in three quadruple launchers. While these torpedoes lack the reload ability of Japanese destroyers, you are able to fire more torpedoes in a single volley. These launchers are also equipped centreline meaning you can fire them off in any direction. The Somers is capable of dealing significant damage to even cruisers, but you should not fight a cruiser one-on-one as they will still have better firepower and more durability. However, the Somers makes a great support ship to attack a cruiser if it's already engaging a friendly ship.

Unlike a majority of the late-war USN destroyers, the Somers does not have an adequate anti-air suite. The main power of your anti-air will be your main battery which is capable of firing radio-fused shells. These will prove to be very useful to deal with enemy aircraft at long range, but you will struggle to deal with enemies that breach your defences. The ship is also equipped with two 1,1 inch/75 Mk.1 (28 mm) anti-air guns, and two AN-M2 Browning machine guns. However, you lack the stronger and more modern Oerlikon 20 mm and Bofors 40 mm cannons that your fellow USN destroyers are equipped with. This means that you have a significant disadvantage when it comes to anti-air protection and as such, you cannot use the Somers in an anti-air role to the same extent as USS Sumner or USS Cowell. 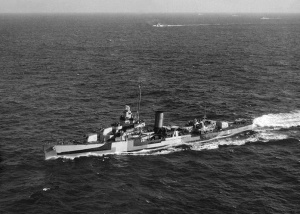 During the interwar period, the United States Navy built a number of large destroyers, or destroyer leaders, designed to lead destroyer flotillas in future conflicts. The first of these classes, the USS Porter class, was designed and built in the late 1920s to early 1930s. The Somers class was designed in the early 1930s, and was designed to supplement the Porter class in combat. Somers herself was laid down in June of 1935, and commissioned by December 1st 1937.