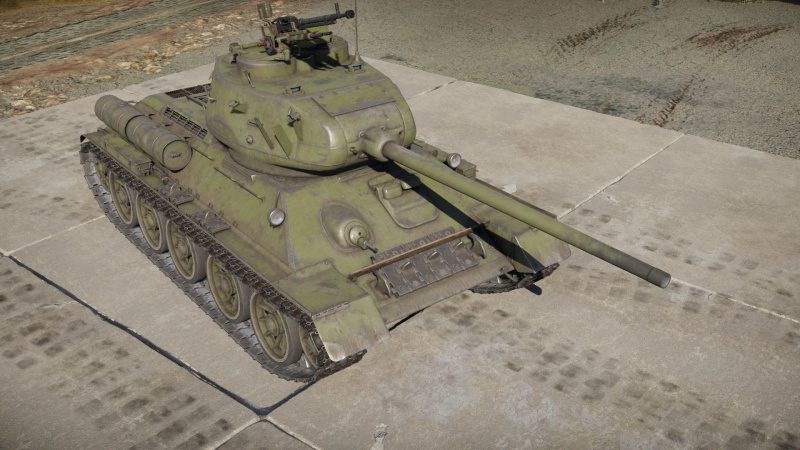 This is where the T-34-85 Gai excels. Like other 85 mm-armed T-34s, its APHE rounds have large amounts of explosive filler and sufficient penetration values to deal with most of the common enemies you will face. Do keep in mind that you have a few different types of shells to choose from. The stock BR-365K APHE rounds have good penetration and a decent quantity of explosive filler. The unlockable BR-365A APHEBC rounds may appear to be a downgrade from the BR-365K at first, but they are deceptively powerful; excellent normalization modifiers make them far more effective against angled armour and the 164 grams of explosive filler (twice as much as the BR-365K) will guarantee the destruction of almost any target upon penetration. The BR-365P APCR rounds have the highest velocity and best flat penetration, but they are comparatively anemic in terms of post-penetration damage and are dreadful against angled armour. Lastly, the O-365 HE shell is only useful against very thinly armoured or open-top targets and should generally be avoided, as the APHE/APHEBC rounds and heavy machine gun are generally sufficient for this task. 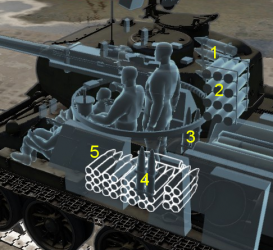 The Tiger's weak spots are the opposite with the Panthers. Their hull are unsloped and rather thin, while the gun mantlet is weirdly shaped and can absorb quite some shells. The best engaging range remains the same, within 500 m. If the Tiger is angling, aim at the hull side below the side skirt, which is only 60 mm. If it is not angling, aim between the driver's vision port and the MG for an instant kill. Avoid shooting at these two parts as they tend to bounce/absorb shells. For the Tiger E, don't shoot at the lower glacis as there will be add-on tracks installed there, making it harder to penetrate. Avoid shooting at the turret or turret ring as your round will most likely be absorbed by overlapping armour plates

Tiger II (H): Your shells cannot penetrate the turret face. Try to flank it and get a shot at the turret side, as your shells normalize very well, and due to the BR365A's large amount of explosive filler, a penetrating hit on the turret will in most cases blow up the ammunition stowed in either the hull or the turret rear.