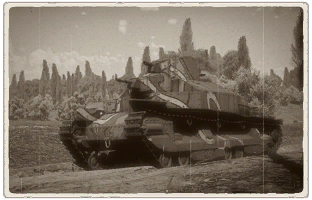 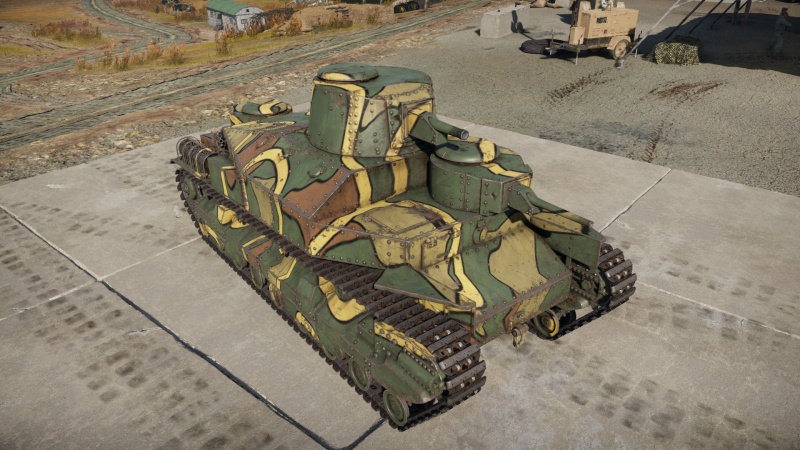 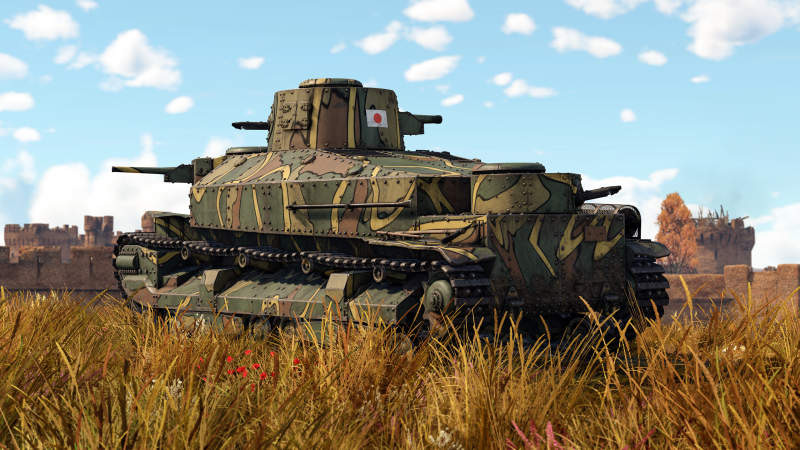 The only real choice is the Type 3 HEAT: it has the penetrating power to defeat any armour at this BR, and it can also inflict overpressure damage to lightly-armoured and open-topped vehicles. On the flip side, it has the lowest velocity of all the available shells and it's advised to learn to get accommodated to this round nonetheless. 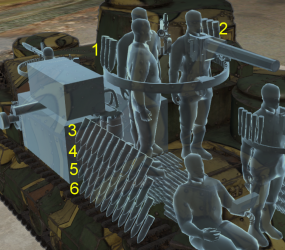 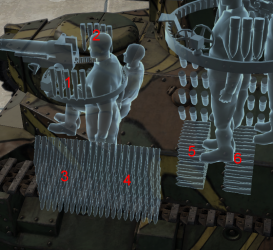 The Type 95 Ro-Go, like most landships, is the perfect vehicle to lead an assault. It can take a beating due its relatively thick armour and with the crew placement it shouldn't be an easy task to simply knock it out with a single shell. The tricky part about the Ro-Go is the difference between shell velocities of the two cannons, the 70 mm has an abysmal muzzle velocity and quick drop off rate with 300 m/s on the Type 95 APHE and a mere 200 m/s on the Type 3 HEAT while the secondary cannon, a 37 mm Type 94, found on the Type 95 Ha-Go has 575 m/s. As last armament to mention the Ro-Go has a MG turret in the back of the tank, which in-game won't really see much use and can be seen as a safe spot for the last crew member, but in-case a light armoured truck tries to flank the Ro-Go and no-one is covering the back, as last resort the MG could prove handy.