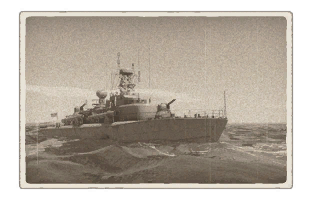 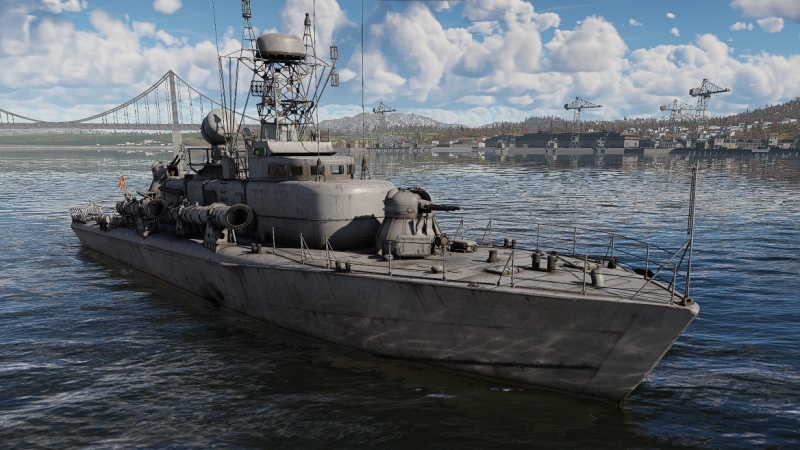 The Pr. 206 is armed with 4 x 1-tube torpedo launchers. With a relatively heavy warhead of 400 kg, these are your main weapon against heavily armoured threats or when attempting attacks at a distance. Your torpedoes have a max range of 13 km (8 km without torpedo mode) and can be used at close range.

The Pr. 206 can also be armed with BB-1 depth charges, originally intended for use against submarines. It is not recommended to load them in the ship as they do not have any practical use in naval battles.

The Pr. 206 is best used as a backline AA flagship which can dominate the coastal waters with its 30 mm rapid fire cannon. Its radar will make it hard to be caught off guard by pesky aircraft and the armament will be more than enough to decimate anything in its BR. The ship can also tear through most coastal vehicles except frigates. Be advised, the ship is not well armoured owing to the Cold War doctrines of ships from that era as well as to the closely packed crew compartments. this ship is best placed in a comfortable buffer behind cover where it can still fire or near an allied frigate or destroyer which could distract enemy vessels. Trigger discipline is necessary when using the vessel as the main armament chews through the 2,000 rounds, especially when broadside. Therefore, the guns should be fired in no more than a one second burst at any target except when absolutely necessary.

The biggest threats to the Pr. 206 are autocannons, guided missiles, and larger vessels. Larger vessels should be avoided, especially frigates such as the Soviet SKRs. Their rapid-firing armament can quickly destroy the vessel and their armour allows them to shrug off the 30 mm. In the event where frigates can't be avoided, taking out the main gun should be a priority. Guided missiles, however, are potentially the most dangerous threat as vehicles such as the Saetta P-494 can engage the Pr. 206 at any distance within range of their missiles. The best option is using cover and wait until the vessel becomes distracted.