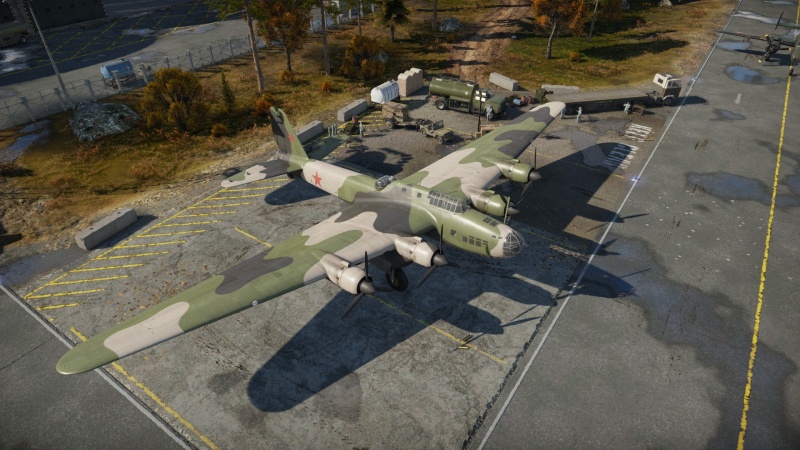 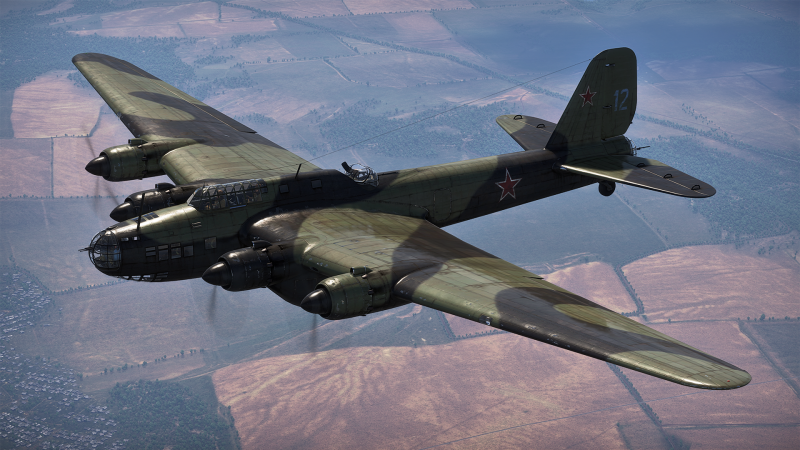 It is easy to see why the Pe-8 would be a prime target to eliminate as if left unchecked, it could easily wipe out the enemy bases without flinching and move onto the next. Other payload options are useful for carpet bombing areas where clusters of lighter vehicles or fixed anti-aircraft targets may sit. Fleet vessels are not to discount this bomber as it has the means to destroy ships with its accurate bomb sight, pending the pilot slowing the aircraft down enough to let the bombardier line up the target and release the necessary ordnance. For the pilot of the Pe-8, fly high and drop as much as you can on the targets, as a fighter trying to take out the Pe-8 set up your run so that in the event you lose control of your aircraft, it has a good chance of ramming the bomber causing it to crash as this aircraft has a good propensity to soak up bullets.

The Pe-8 can carry the FAB-5000 bomb, the largest bomb in-game, with over 5 tons of TNT equivalent, which proves extremely deadly in ground RB and naval battles. The 40 x 100 kg bombs loadout is suitable for carpet bombing against columns of vehicles and occasionally base bombing while the 4 x 1000 kg bombs loadout is best suited for destroying bases and airfields, and 2 bombs are required to destroy a base. The stock payload of 40 x 50 kg bombs has very little efficiency against ground targets due to lack of explosive power and is ill-suited for base bombing.

The Pe-8, as mentioned earlier, is in essence a Soviet Death Star (a.k.a Tu-4 at a lower tier). It both boasts a very effective cannon armament and a high bomb load, able to kill two bases in one pass. Its 5,000 kg bomb is especially useful in Ground Battles as a "tactical nuke" of sorts, able to wipe out large concentrations of enemy tanks.

In Ground Realistic mode, the Pe-8 can be used as a CAS aircraft to a devastating effect. If there are no fighter aircraft or few SPAA, try to find the largest group of enemies and drop the FAB-5000 as fast as you can. This usually results in 1-2 kills, but can easily net many more. Try to spawn early game, as there will be less fighter aircraft and SPAA. Let it be noted that there is a certain terror from seeing a FAB-5000 slam into the ground next to your tank that is not easily replicated elsewhere in War Thunder.

To drop the bomb accurately, start by set the bomb fuse to 1 second to ensure that the enemy will not get away from the explosion radius, then fly up to an altitude of at least 1,800 m to avoid most of short range AA barrages (around 2,500-3,000 m is a suitable altitude for accurate and relatively safe drop), select an isolated or a slow target which has a few escorts, then approach them. Make sure to watch the long range flak barrages while flying to ensure that they will not hit you, while getting close. Take a look at the water trail left behind the target to get an idea of their trajectory and speed. Then aim the bomb sight, make a compensation and drop the bomb. You can use the bomb tracking camera to see where the bomb dropped and adjust your aim for the next drop in case the shockwave wasn't able to kill the target. 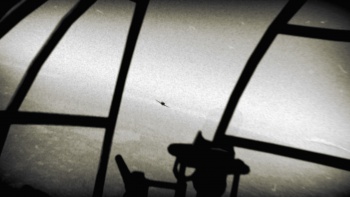