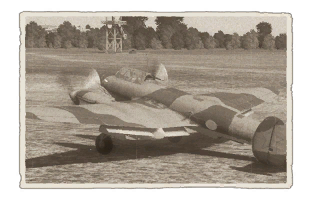 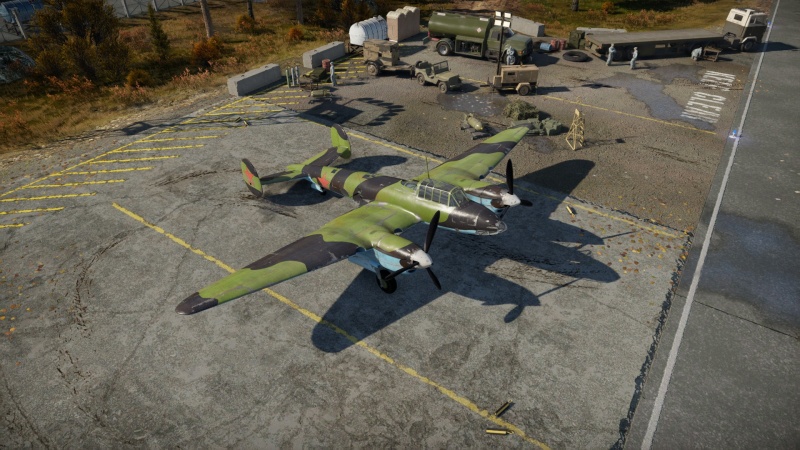 The Pe-2-31's flight performance is relatively good for an aircraft at its BR, but remains mediocre among twin-engined light bombers. The climb rate and acceleration are both quite low, but the aircraft is quite fast, capable of reaching ~500 km/h in level flight and over 600 km/h in a dive.

The aircraft's turn performance is quite underwhelming, as is common among twin-engined light bombers, and energy retention is quite lackluster. Given its role as a dive bomber, the Pe-2-31 is equipped with wing-mounted airbrakes.

The Pe-2-31 is actually quite survivable, given its larger size and spaced-out components. The aircraft's fuel tanks are located the wings and behind the cockpit, and are all self-sealing and feature an inert gas pressurisation system to prevent fires. As such, some fuel tank fires are survivable, though this cannot be relied on.

However, the Pe-2-31's engines and cockpit are all quite susceptible to damage, with no armour protecting the engine and just 8 mm of steel behind the pilot and gunner. Lucky shots to the engines can knock them out easily, and given that the Pe-2-31 is quite underpowered, it is quite difficult to make it back to base with a single engine.

Modifications
The DZ-40 and RO-132 modifications should be your first priority in order to unlock the Pe-2-31's suspended armament options. After that, focus on flight performance upgrades, especially the engine and engine injection modifications, to improve handling. The weapon belts can be upgraded last as their performance advantage is minimal.

The Pe-2-31 can be outfitted with the following ordnance: