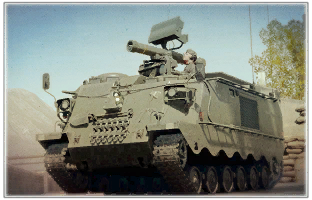 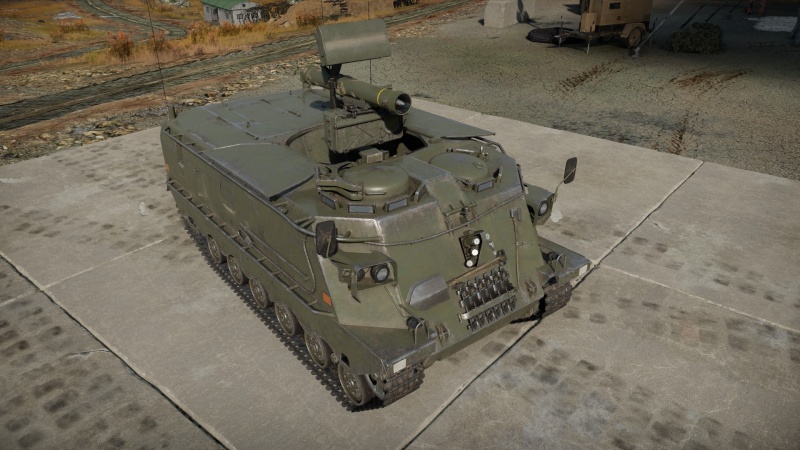 First to introduce the SAM gameplay to Sweden, the Lvrbv 701 is a lightly armoured chassis identical to the Pvrbv 551, both being based on the much older Ikv 103. The design is simply a man-portable RBS 70 missile system placed inside the refurbished chassis. Due to this structure, the Lvrbv 701 features no radar to scan for incoming targets, and relies on a single missile salvo with a long interval between reloads. This, combined with bad traversal of the launcher, and low mobility, means that the Lvrbv 701 is forced to engage carefully, as it has no proper way of defending itself outside of getting the first jump.

Though to list its strengths, the Lvrbv 701 features a high agile and reliable missile system. The RB 70 is incredibly devastating to those that face it, as the SAM can easily damage unsuspecting enemy aircraft, since there is no radar to notify them of your presence. And thanks to the agility, the missile works comfortably at both closer and longer ranges.

Frontal armour on the Lvrbv 701 consists of 20 to 25 mm of rolled homogeneous armour. Ideally, this can provide 28 to 30 mm of effective protection which should stop most low calibre machine gun fire, as well as .50 cal machine guns.

Side armour on the Lvrbv 701 consists of 10 mm rolled homogeneous armour which, due to its limited angles, only affords protection against low calibre machine guns.

The turret has no armour whatsoever.

The crew of 4 consists of a driver, gunner, loader and commander all positioned closely together in the front half of the vehicle.

Overall, protection on the Lvrbv 701 isn't spectacular and with a compact crew placement, including an exposed gunner, a simple burst of machine-gun fire from a .50 cal or larger fired at the sides or top can leave you knocked out. Its low profile and compact size does, however, work in your favour and lets you hide from most other ground vehicles and any aircraft/helicopters that haven't spotted you launching a missile. 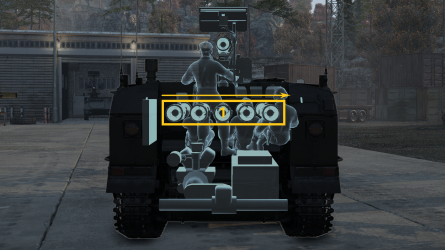 Ammo racks of the Lvrbv 701

The Lvrbv 701 is difficult to get used to, as the high BR ensures a punishing top-tier environment. Since the Lvrbv 701 is meant for anti-air operation, the targets above you are usually easy pickings. The main threat for the Lvrbv 701 is instead ground vehicles, as the tank has almost no way to defend itself against such opponents. The ideal way to play the vehicle is to stick close to your allied tanks, as they can deal with the ground threats for you, while you keep the airspace safe. The Lvrbv 701 feature scouting, and can easily aid teammates that need information about enemy positions, or need to be repaired.

When the Lvrbv 701 spots an air target, it's important to think about what you're engaging. Helicopters such as the Ka-50, can easily see the missile coming, and are usually expecting some sort of retaliation for launching missiles away from the battlefield. A tip is not to attempt to lock such targets, and instead estimate the distance, and launch it when they're busy. When fighting helicopters at close range, such as the AH-1G, or Mi-28N, it is important to launch as soon as possible, and destroy them before they get above you, as you have no ability to destroy them at point-blank distance.

Aircraft are slightly more difficult to destroy, as the RB 70 missile lacks significant velocity compared to other systems. Instead, the manoeuvrability of the missile comes to a lot of help as planes will struggle to avoid it while manoeuvring. When first engaging an aircraft, knowing if it has RWR is critical, as aircraft aware of you might go for another pass or even worse strafe you from a blind spot. The missile works best when attacking at medium range, where the aircraft is either approaching or flying parallel to your position. Aircraft are usually easy to shoot down, but should always be engaged with consideration, as your reload leaves you vulnerable to counter-attacks from the same opponent.

In 1983, the Swedish military gave a contract to Hägglunds and Söner to convert Ikv 102 and Ikv 103 vehicles into Lvrbv 701 surface-to-air missile carriers. The Ikv 102 and Ikv 103, infantry support vehicles mounting a 105 mm gun, had become obsolete in the past few years. At the same time, the same companies were contracted to convert Ikv 102 and Ikv 103 vehicles into Pvrbv 551 anti-tank missile carriers. The hull of the Ikv 102/Ikv 103 was plated over, in order to extend the crew compartment the full length of the vehicle. The engine was replaced by a Ford V-6 engine. The armament consisted of a RBS 70 surface-to-air missile launcher in the center of the hull, which was raised up through a circular opening in the roof of the vehicle - covered by a two piece hatch - in order to fire the weapon.