Little Ponies in the Sky 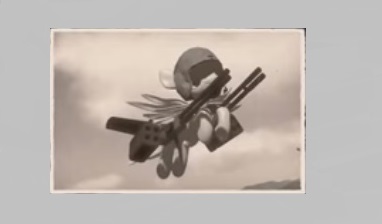 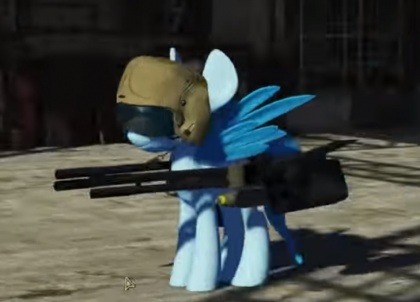 Image of Blue Pony from the 2013 April Fools' Day event.

War Thunder is announcing the release of a new playable nation! In addition to being able to play as the USSR, USA, Britain, Germany and Japan, you will now be able to play with Ponies! This special new nation gets its own development line, the final version of which will be presented later by the War Thunder developer - Russian-based Gaijin Entertainment. Six types of ponies are already introduced in the game, along with special pony armament options. All ponies have been made available in the War Thunder hangar and are ready to fly in Arcade Battle mode.

The War Thunder development team considers the Pony Faction to be an important step towards new horizons. “We always consider War Thunder to be the game for the widest audience, combining real combat effects with smart and easy controls” - said Kirill Yudintsev, Creative Director of Gaijin Entertainment, - “We know how popular ponies are amongst our players, so the new playable nation of ponies is a natural and logical movement for the War Thunder”.

Meet all of the little magic ponies – a new playable nation in War Thunder! Try them all! 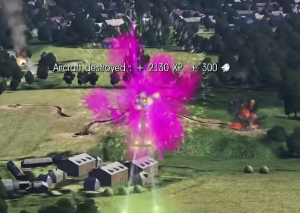 The Pony is armed with:

The 20 mm Friend Mk.III autocannons are truly your friend! Each cannon holds two hundred 20 mm rainbow rounds which when fired appear as rainbow tracers with colours appearing in this order as long as the trigger is held down: red, orange, yellow, green, blue, dark blue and pink. When enough damage has been dealt to an enemy pony with the cannons, the enemy pony will explode into a cloud of rainbow dust. The rainbow rounds travel at a speed of 785 m/s (2,575 ft/s) and have a maximum range of 2,000 m (~3.1 mi). Everything is all fun and giggles until an enemy pony is on your tail and unloading their 20 mm rainbow rounds at you and turns you into a cloud of rainbow dust! [Disclaimer: Don't taste the rainbow.]

The Pony can be outfitted with the following ordnance:

The 500 kg Hard Candy bombs carried by the ponies are each 2.4 m (7.87 ft) long and are 450 mm (17.7 in) in diameter. While these bombs are typical fashion high-explosive bombs which have an explosive mass of TNT reaching 234.9 kg (571.8 lb), almost half the weight of the bomb and the explosive cloud will be the same colour as the pony which dropped it.