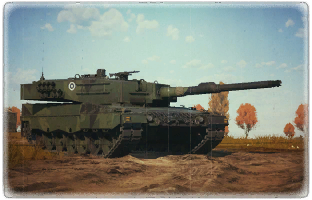 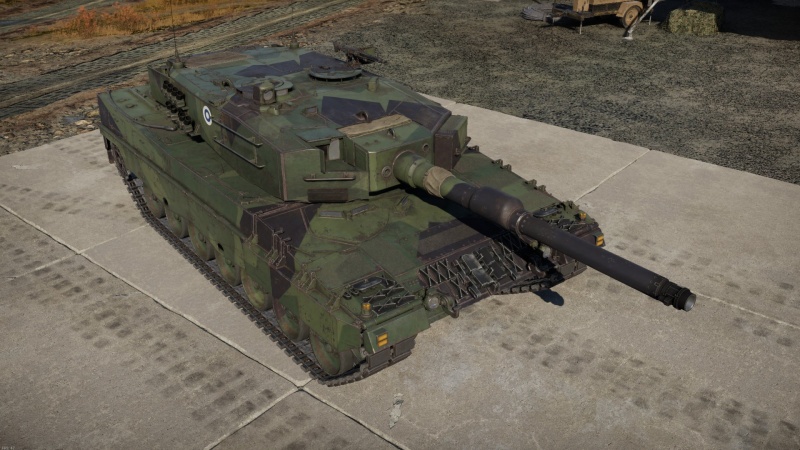 The ▄Leopard 2A4 is a rank VI Swedish medium tank with a battle rating of 10.0 (AB/RB/SB). It was introduced in Update "Fire and Ice".

The famous Rheinmetall L/44 120 mm cannon is mounted as the primary armament on the Leopard 2A4, offering a balance of firepower, accuracy and sustained rate of fire. The 2A4 has three rounds available to it: DM12 HEATFS, DM13 APFSDS and DM23 APFSDS. Of these, only DM12 is available when the vehicle is stock, with DM13 a tier 1 and DM23 a tier 4 modification. The L/44 is reasonably accurate at long range with any ammunition, however minor round deviation may be evident at extreme ranges (over 2,000 m).

It's advisable to primarily rely on the best available APFSDS round for engaging other MBTs, however, retaining a couple of DM12 rounds can prove valuable against lighter vehicles such as the ADATS. 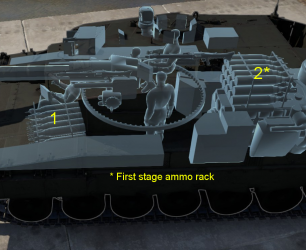 Ammo racks of the Leopard 2A4 (Sweden)

The Leopard 2A4 may feel somewhat sluggish when stock, and the DM12 HEATFS round may appear to be relatively ineffective. Prior to researching improved rounds and engine modifications, it may be wise to play conservatively. Once the vehicle's modifications are all researched, however, the 2A4 becomes significantly more mobile and has a competitive, albeit not impressive round in the DM23 APFSDS. The 2A4 can be used comfortably in both urban and rural environments, providing the vehicle's weaknesses are kept in mind. While it is capable in most forms of engagement, it does lack the precision of the British Challenger MBTs or the extreme round velocities of the Soviet T-64/T-80 series. The 2A4 also has a particularly large and blocky profile, making for a particularly visible target in many situations. Considering the above, a Leopard 2A4 player should utilise its great mobility and competitive gun to get into early positions to pick off unsuspecting targets, rather than attempting to engage opposing forces head-on.