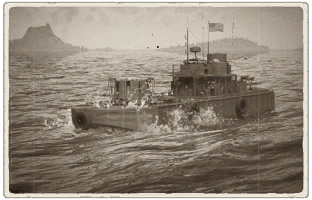 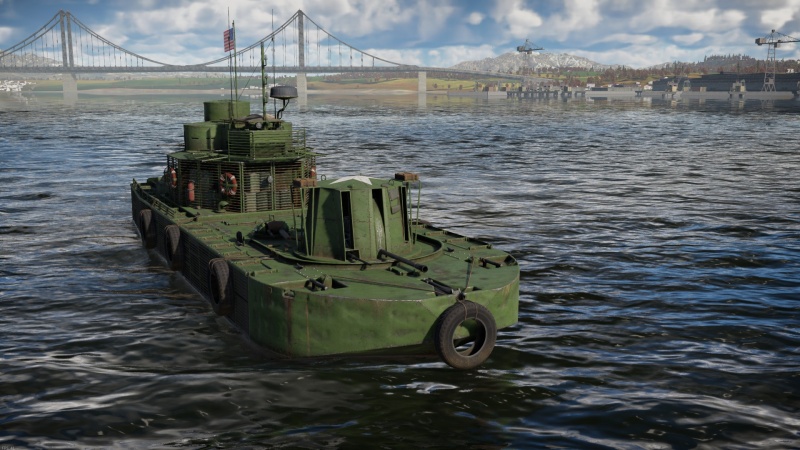 The Landing Craft Support (Flamethrower) Zippo is a premium gift rank III American armoured gun boat with a battle rating of 2.3 (AB/RB/SB). It was introduced in Update "Fire and Ice" as a reward for Battle Pass: Season IX, "Smell of Victory".

Flamethrowers are a very unique weapon in naval battles and can even burn on the ocean's surface. The system mounted to the LCM(6) Zippo has long range for a flamethrower, but it is very short-ranged in terms of naval weapons.

Like the Churchill Crocodile, one of this weapon system's disadvantages is being mounted to a vehicle that cannot quickly close the gap between it and the enemy to get within range. If they do, however, the flamethrower can make quick work of small vessels with open gun positions. Larger vessels hit by the flamethrowers can be distracted by the fires, as they can be deadly if left uncontrolled.

Though the system is bound to the anti-aircraft suite, the flamethrowers unfortunately do not have the traverse speed or range to effectively combat enemy aircraft. Like other naval weapons, flamethrowers will elevate so that they can reach their effective ranges but with the dual mount, the M73 machine guns will be elevated the same. This means that while the flamethrowers can get on target, the machine guns will be elevated to such a degree that they become virtually unusable since bullet drop differs significantly from the fire arc. 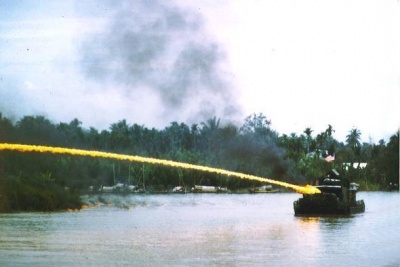 Many WWII-surplus LCMs (Landing Craft, Mechanized) were modified by the Mobile Riverine Force in Vietnam as "monitor" patrol craft.

Flamethrowers were added to the LCM(6) which increased the offensive capabilities of the vessel, giving it the ability to clear vegetation and burn out enemy positions by the riverside. These flamethrowers gave the vessel the "Zippo" nickname, after a popular brand of cigarette lighters.