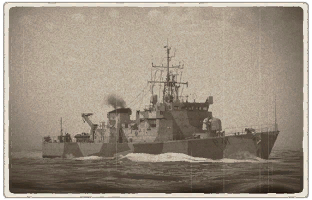 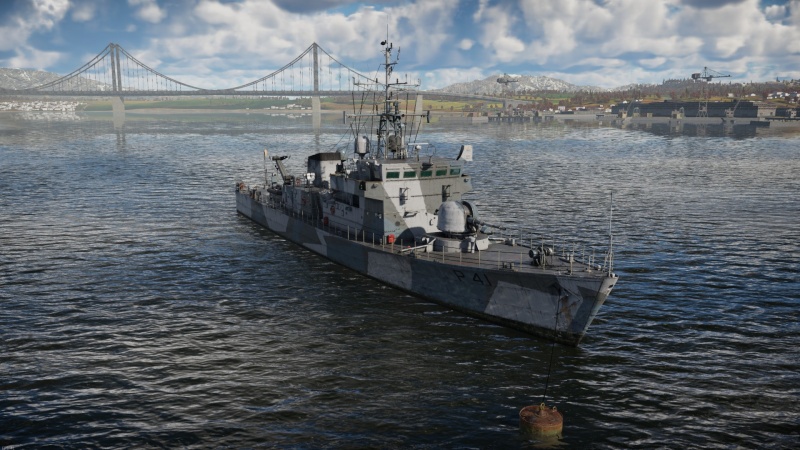 The Peacock-class, LÉ Orla (P41) is a premium rank IV British sub-chaser with a battle rating of 3.7 (AB/RB/SB). It was introduced in Update "Direct Hit".

The LÉ Orla was a former British Royal Navy patrol vessel stationed in the waters of Hong Kong, called the HMS Swift.

She was purchased by the Irish State in 1988 and given the name of LÉ Orla. The name of Orla is taken from Irish history, being a popular Irish name in the 12th Century. Orla also has a strong connection with a historical Irish king, Brian Boru, whom has a sister and niece that shared the name Orla.[1]

The LÉ Orla's is famous for its participation in two drug seizure operations in Irish water. The first was in 1993, when the LÉ Orla intercepted and boarded a 65 ft ketch named Brime, which was the largest cannabis seizure in Ireland.[1] The second was in 2008 which LÉ Orla assisted in the seizure of cocaine.[2]

The LÉ Orla is still in service with the Irish Naval service, although manpower shortages have forced LÉ Orla off from routine use and left in the docks.[3]