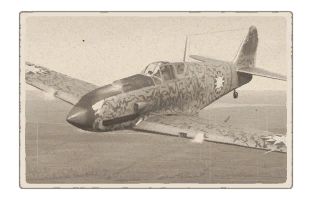 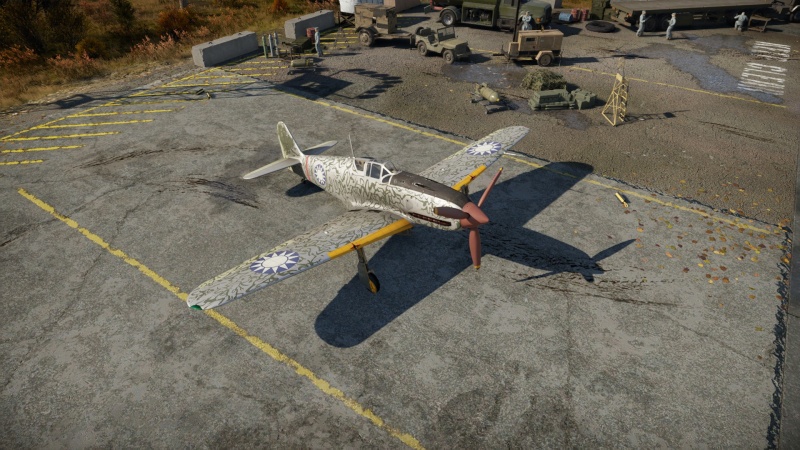 Unlike the more manoeuvrable and agile A6M, the Ki-61 is more of what one would call an "energy fighter". Compared to the "Zero" it is faster, has a higher climb rate, and handles better at higher speeds. Armed with four 12.7 mm Ho-103 machine guns and plenty of ammunition, the Ki-61-Ib is a more than capable fighter. It is faster, has a higher rate of climb, and features a better armament. Utilize these three aspects when facing enemy aircraft.

The Ki-61-I otsu (China) can be outfitted with the following ordnance:

The Ki-61 is best utilised as a multi-purpose fighter. Although proficient at energy fighting, the Ki-61 is also generally good at standard manoeuvres. It may lose turn fights with some enemy aircraft like the A6M3, but nonetheless it can still be used in multiple roles. The Ki-61 is your standard "jack of all trades". It's not incredibly good at anything it does but it is even across the board. This allows the Ki-61 pilot to choose what role they want to play in the battle. One could play the reserved, high flying energy fighter, or the aggressive low flying dogfighter. The Ki-61 allows these choices.

If caught in a sticky situation, the Ki-61 pilot may choose to do several things. Depending on your altitude, executing rolling scissors or an overshoot may be a valid tactic. Try to make the enemy pilot feel pressured to disengage. Depending on the enemy's aircraft, use your speed to your advantage and try to get away. The surest tactic would be communicating with teammates to ensure your assailant's death. Once tailed, the Ki-61 pilot can "set up" an enemy by nosing up about 70 degrees so the entirety of the enemy plane is shown. At this stage, ideally, your teammate is arriving to save the day. In Realistic battles, if your team is made up of A6Ms it may also be beneficial to fly to them and start turn fighting.

For dogfighting, it is always safer to enter with an altitude advantage. Most dogfights in Sim happen below 3,000 m so the Ki-61 can easily climb up to that altitude. As mentioned in the description, its climb rate is actually great, don't get misled by the stat card. Once at an advantageous height, boom & zoom the enemies. The Ki-61 can easily accelerate to more than 550 km/h in a dive which is decently fast but requires more precise manoeuvres to get the correct lead, since the faster you go the smaller the shooting window is. A successful pass will not usually cripple the enemy given you weak firepower, so multiple attacks are needed to destroy one plane. Aside from BnZ, the Ki-61 is also excellent at turn fighting - with the appropriate opponent, of course. Except a few dedicated turn fighters, the Ki-61 can out-turn and get on most opponents' tail with combat flaps deployed. Note: do not turn with Spitfires or Zeros, you will never out-turn them. If you see a plane with a streamlined inline engine and large, elliptical wings (Spitfire) or something with rounded wingtips and stabiliser tips, a radial engine and a pointy tail (A6M), try some defensive manoeuvres like barrel rolls or disengage by diving towards a nearby friendly airfield. Note that the Ki-61's roll rate is very average so avoid manoeuvres like scissors.

Some Ki-61s were deployed in China as interceptors during US bombing raids over Japanese home islands, including against B-29 Superfortresses. They were operated by 59th Sentai, who also operated Ki-27s, Ki-43s, and Ki-100s in China and Manchuria. After the war, both ROCAF and PLAAF operated captured Ki-61s, though documentation is scarce and only a few photos are extant.