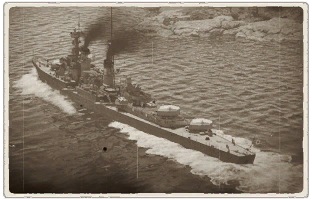 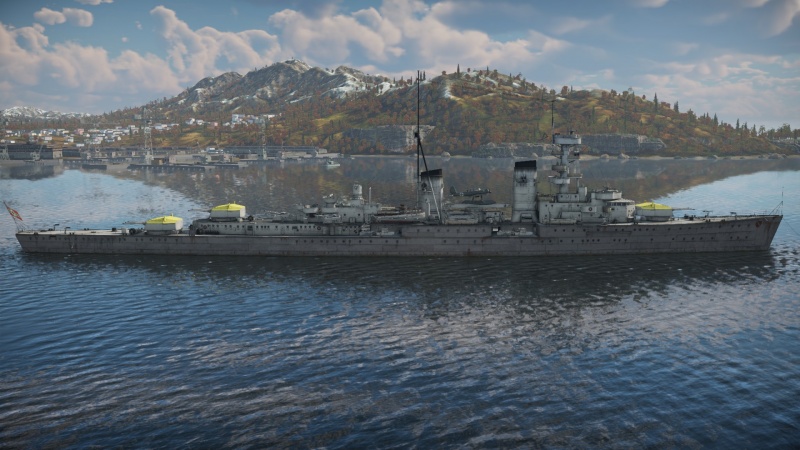 The К-class, Karlsruhe, 1940 is a premium rank IV German light cruiser with a battle rating of 5.7 (AB/RB/SB). It was introduced in Update "Direct Hit".

Located amidships is a single catapult for an Arado Ar 196 scout plane which provides unique offensive and defensive abilities, expanding tactical options. Ship-launched scout planes fly just like regular tree units but lack munition choices and cockpit views. Alongside the typical abilities of strafing, dropping 2 x 50 kg bombs, and capping zones, the Ar 196 and other scout planes have the added ability to lay down smoke cover (up to 3 times). It is essentially the Ar 196 A-3 event aircraft except with smoke generators, so it will be a familiar unit for those who have the event version. Captains will be wise to remember to utilise the aircraft and consider when best to use it, for example to cap a point early or late in the match, to create a smoke screen to stymie enemy bombardment and repair, to attack enemy units directly, or perhaps something completely new!