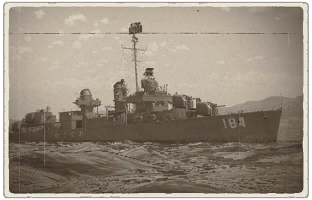 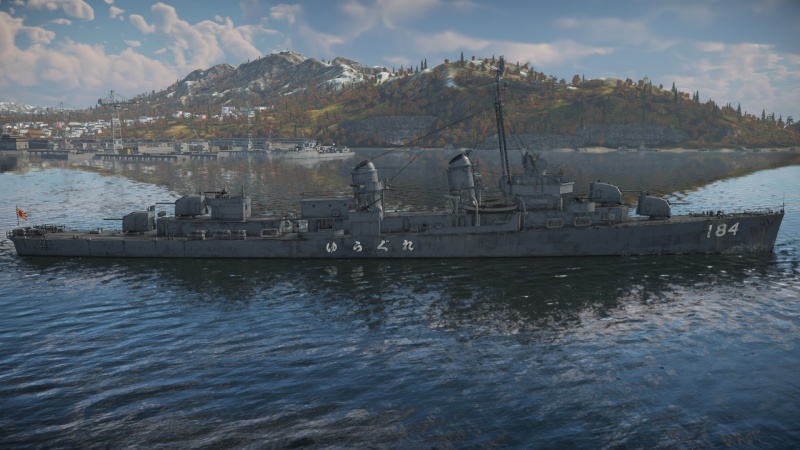 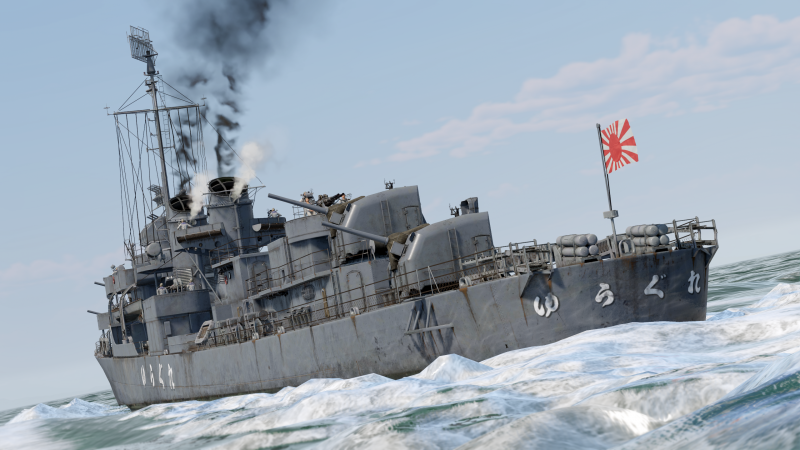 The Fletcher-class, JDS Yūgure (DD-184), 1960 (ゆうぐれ, namesake: Twilight) is a premium gift rank II Japanese destroyer with a battle rating of 4.3 (AB/RB/SB). It was introduced during Update "Ixwa Strike" as a reward for the Future Technology event.

Prior to being loaned to the JMSDF, Yūgure was known as the USS Richard P. Leary (DD-664) and was one of many Fletcher-class destroyers built for the USN during WWII. Commissioned in 1944, the ship took part in some of the last major operations in the Pacific theatre before being decommissioned and put into reserve in 1946.

In 1959, USS Richard P. Leary as well as another Fletcher destroyer were loaned to the JMSDF and was renamed to Yūgure. In Japanese service, the destroyer was modified several times to better fit the anti-submarine warfare and training ship roles. Yūgure would end up serving with the Japanese Navy until 1974 before the ship was returned to the U.S. and ultimately sold for scrap in 1976.