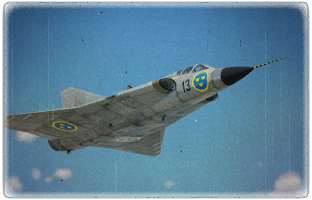 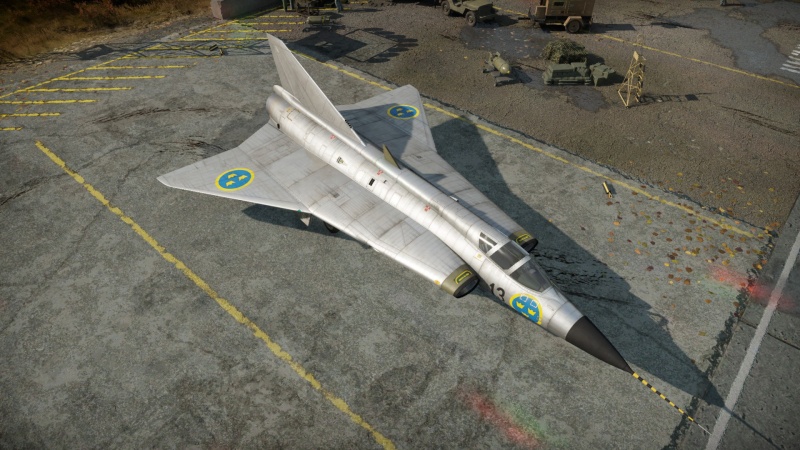 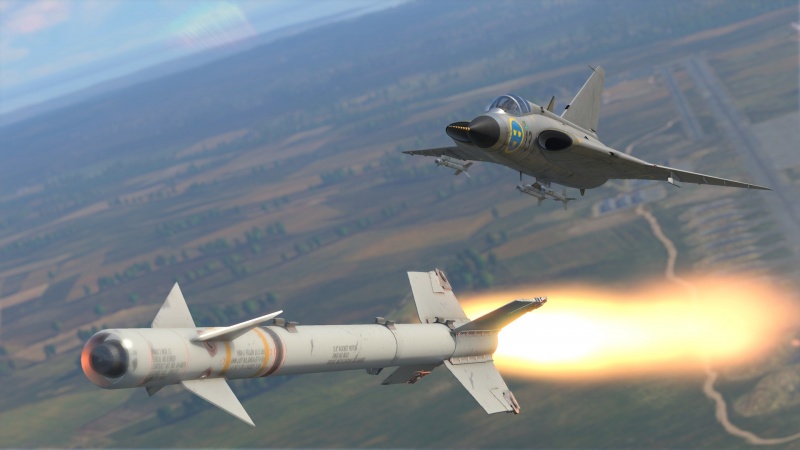 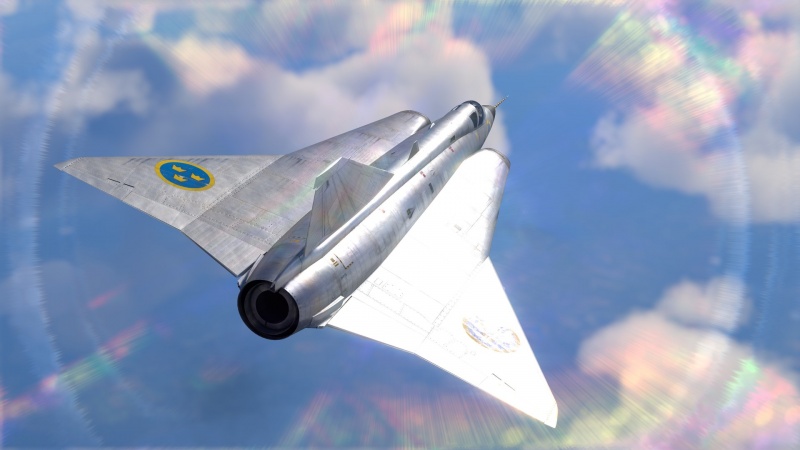 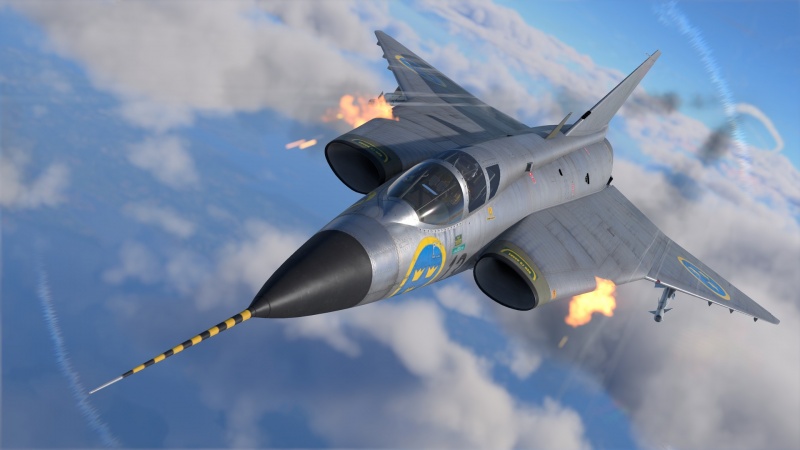 The J35A Draken is a premium gift rank VI Swedish jet fighter with a battle rating of 9.0 (AB) and 9.7 (RB/SB). It was introduced in Update "Direct Hit".

The J35A can be outfitted with the following ordnance:

Downtier: In a downtier, the J35A is one of the best planes in the match. With superior speed, acceleration and manoeuvrability, the J35A is almost unstoppable. Start off by climbing to around 20,000 ft (~6,000 m) and then levelling off to enter supersonic speeds, here you will have every advantage over your enemies, fire a missile or get close with your high top speed and take them down with your guns.

Uptier: In an uptier, there will be more vehicles that can match your performance with speeds (T-2, MiG-19, F-104, F-105, Lightning) so it will be much harder to get close and fire an unexpected missile. These higher performing planes also make it much harder to get away with a 1-vs-1 turn fight, as seeing a slow Draken will attract almost anyone's attention and you'll find yourself with a missile coming your way. Always try to keep up higher speeds, using the J35A's good acceleration to regain the lost speed after a turn.

1-vs-1 situation: In a 1-vs-1 turn fight, the J35A is one of the best in the game. Its superior turning ability makes it very easy to out-turn the enemy and send a couple 30 mm round their way. Enemies to beware of in a 1-vs-1 are F-5C (very good at turning also and keeps the energy a little bit better than the J35A, in a prolonged dogfight the F-5C can come on top if you get too slow) and MiG-19s/PT (The best rate fighter in the game, if you can drag him into a 1 or 2 circle fight he will be very easy to target, but if the energy/rate fight begins, you may find yourself in a sticky situation)

One weak area of the J35A are it’s two 30 mm Akan m/55 cannons. While they do very high damage upon hitting, shell velocity is low, ammo capacity is low (only 100 rounds per gun), and it completely lacks tracer bullets. The lack of tracers combined with the low velocity makes accurate aiming for the average player difficult. Due to these factors, it is recommended that you exercise strong trigger discipline to conserve ammo and only fire on slow enemies at closer ranges (<750 meters).