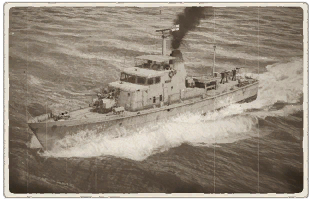 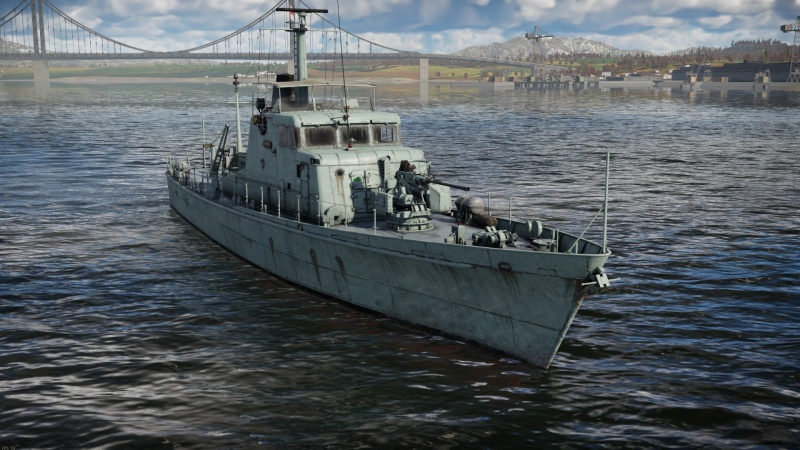 The Attack-class, HMAS Arrow is a rank IV British motor gun boat with a battle rating of 2.7 (AB/RB/SB). It was introduced in Update "Drone Age".

The HMAS Arrow was part of a series of 20 patrol boats ordered by the Royal Australian Navy. HMAS Arrow was commissioned into naval service on 3 July 1968, to serve as light coast patrol, search and rescue and replacing older craft in service at the time.

While possibly being in the eye of the storm due to the evident lack of substantial firepower when compared to relatives at the rank as the armed to the teeth Fairmile D (697) or Fairmile D (601), Arrow should not be underestimated. The single 40 mm QF (Quick-Firing) Mark VII gun is a known effective gun. Not only for the superior fire rate but also due to efficient ballistics, range and penetration values. Experienced captains and newcomers alike may take advantage of this gun to make the Arrow shine.

With no surprise on the speed or additional armament, Arrow is straightforward in its playstyle, likely focusing on long-range gunnery to duel faster and smaller patrol boats that probably will be also better armed. In this regard, it is a good learning step to the similar playstyle of the latter Brave Borderer.