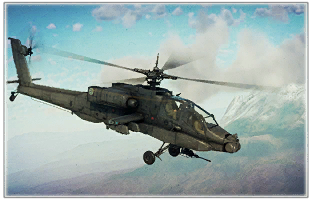 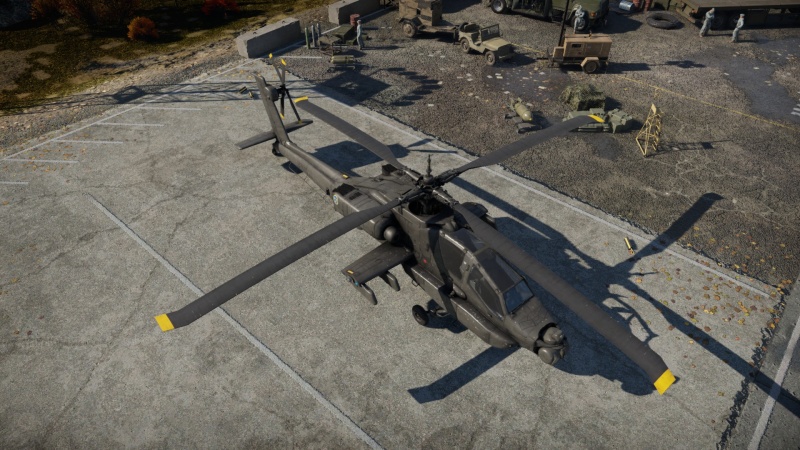 The Attack Helicopter System ("attackhelikoptersystem" in Swedish) is a rank VI Swedish attack helicopter with a battle rating of 10.3 (AB/SB) and 10.7 (RB). It was introduced in Update "Wind of Change".

The AHS is an AH-64A that was trialled by Sweden in the 1990s, it is identical in performance to the AH-64A in the US tree. 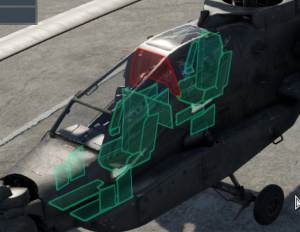 Armour layout for the AHS

The AHS uses composite armour (kevlar boron carbide) to protect the crew from shrapnel from behind and below. The only bulletproof window is separating the gunner and pilot.

The AHS is armed with:

The AHS can be outfitted with the following ordnance presets: