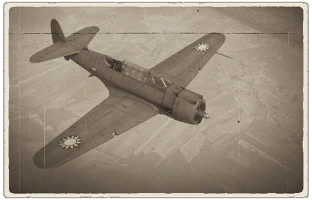 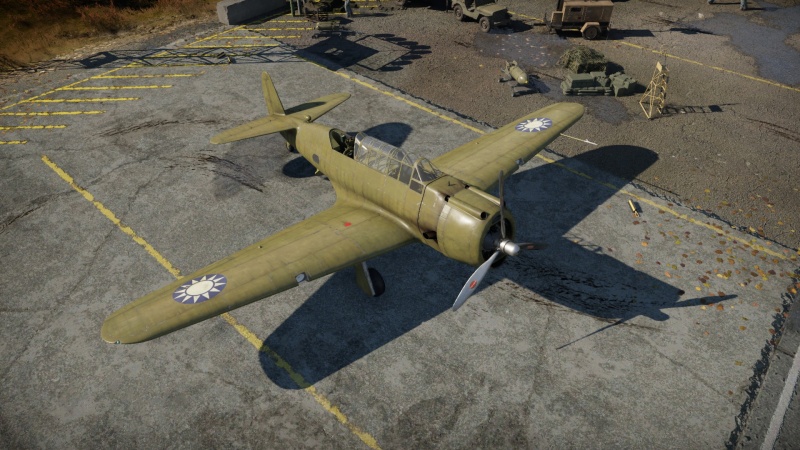 Despite its large size, the V-12D is decent at turning although it is outshone by the many biplanes it faces. The acceleration and climb of this aircraft is poor, and is usually an easy prey for any interested fighter. With the use of landing flaps, the plane can enter speeds as low as 120 km/h without stalling, which can be used to stall-trap potential enemies.

Due to the design of V-12D is still the same as its predecessor V-11 (which was a single engine airliner), the aircraft has no extra protection against anything, meaning that V-12D should avoid heated battlefield or area covered by SPAAGs. But one good news is that the fuel tanks are all self-sealing tanks so it might potentially save your day from burning into a pile of scrap.

The V-12D can be outfitted with the following ordnance:

V-12D is a slight upgrade over the previous V-11, sharing a very similar flight performance. It is labelled as an attacker (strike aircraft) as well so it will have an air respawn. For most of the time, avoid dogfights and keep away from SPAAGs to maximize the odds of survival. For self-defense, the dead-angle under the belly is now covered by another .30 M1919 machine gun. But in dire, its average turn rate is still sufficient to do last-ditch dogfights against heavy interceptors. With a pair of AN/M2 .50 machine gun, it can shoot down most aircraft it might face and strafe open-topped or lightly-armoured ground targets (which are common at its rank).

The only two option of loadouts are single 500 pound AN-M64 bomb or a pair of 250 pound AN-M63 bombs, allowing a choice between a higher yield "one-hit knock-out" bomb or the availability of a "fail-safe" second bomb. Although the bomb payload seems insufficient and requires precise hits over the target to score a kill, they are still viable to bomb interwar or early WWII tanks with relatively ease.

Due to the lack of information from both American and Chinese sources, it was only estimated that 3 to 4 of those V-12Ds were assembled by the Chinese and the remaining records shown that they have already shipped parts for assembly in China; the first assembled aircraft was built in Leiyun, Yunnan (雲南雷允, in today's Ruili 瑞丽, Yunnan). After the CAMCO retreated from their home airfield Hangzhou Jianqiao Airfield, some parts of the remaining aircrafts were then transferred to Bangalore in India for further assembly by the Hindustan Aeronautics Limited.

Due to the capture of Yunnan by Japanese forces, the remaining parts that weren't able to transfer or assemble were lost in history and no further records could show the fate of those parts and aircrafts.