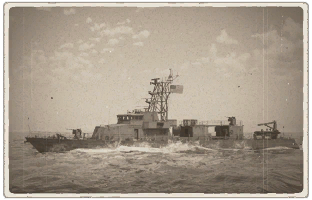 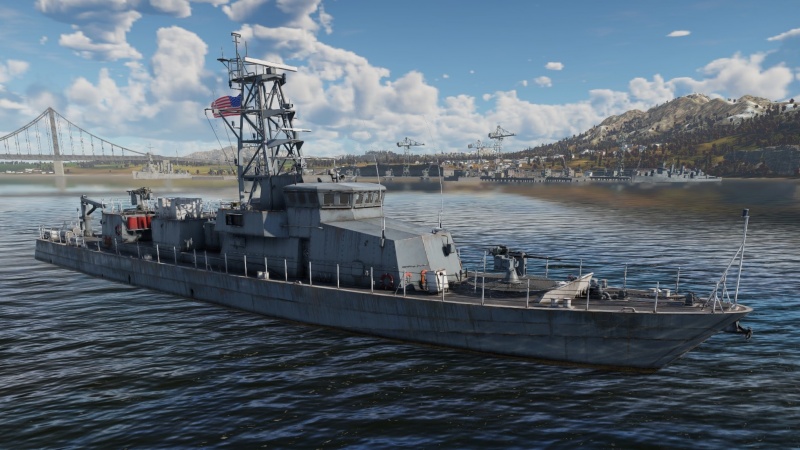 The Cyclone-class, USS Cyclone (PC-1) is a rank V American motor gun boat with a battle rating of 3.7 (AB/RB/SB). It was introduced in Update "Drone Age".

The 25mm/87 Mk.38 is a navalized copy of the ground 25mm M242 cannon (mounted on M3 Bradley) in term of the gun performance and ammo characteristics, though the naval version has its ammo belt slightly re-adjusted with pure HEI-T and APDS belts as researchable modifications. Notice that in naval battles, ADPS doesn't create secondary shatters (the spalling in ground battles); it's a pure kinetic-damage ammo. The gun fires at 3 round per second and overheats in 17 seconds. In naval scenarios, APDS is the only option for Cyclone. The self-destroying property of HEI-T renders this type of bullet almost completely useless because boats at this tier and BR often carry punchy 40 mm and above autocannons and fight beyond 2 km.

There are a pair of 12.7 mm AN-M2 machine guns each mounted on one side of the ship's bridge. Each machine gun only covers a sector less than a quadrant.