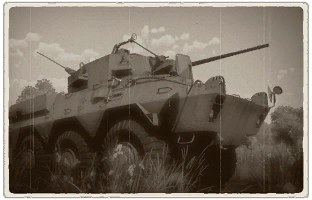 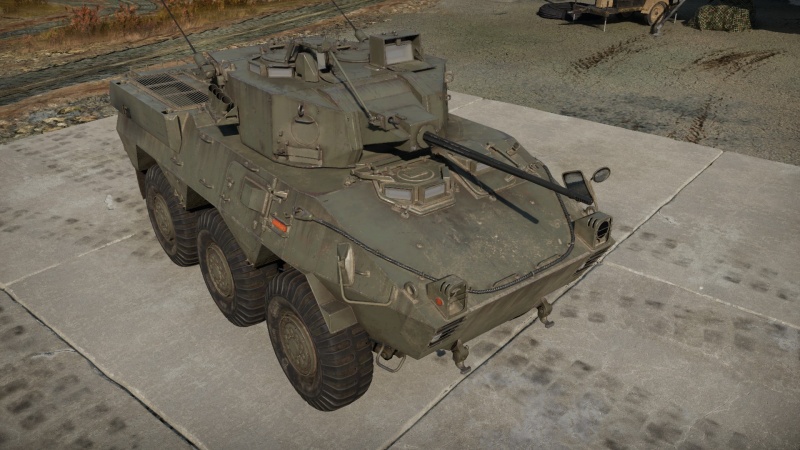 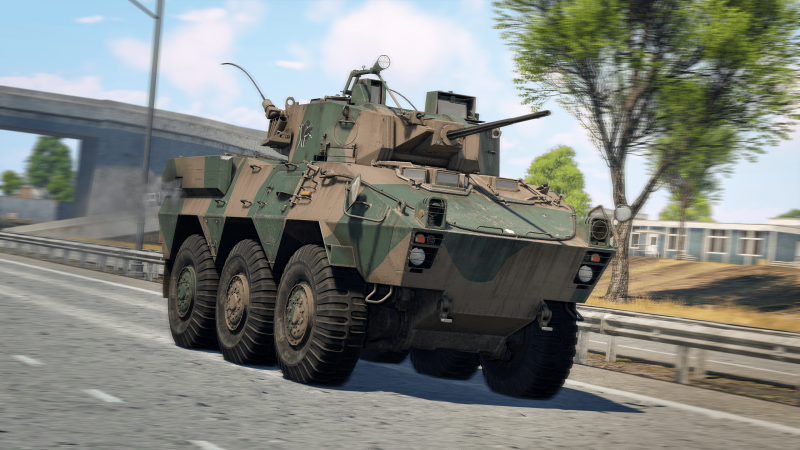 The Type 87 RCV (Reconnaissance Combat Vehicle) is a rank V Japanese light tank with a battle rating of 8.0 (AB) and 8.3 (RB/SB). It was introduced in Update "Direct Hit". It is nicknamed "ブラックアイ" (Black-Eye) but is commonly simply referred to as RCV.

Most of the survivability will result from the lack of armour, most of the vehicle is covered by 10 mm armour with some frontal plates at 20 mm protection. It will be easy to be penalized by machine gun fire if spotted but, if the bullets/shells hit in empty spots from the side, the shells will go clean through without any damage to crew or components.

As a wheeled reconnaissance vehicle, it is able to get to positions rather fast especially when keeping on roads, allowing for easy flanking and getting on vantage points to scout out the enemy team.

With the armament the Type 87 RCV gets, it's most suitable as a support vehicle that can deal with lightly armoured vehicles and low flying aircraft. Once the APFSDS belt has been unlocked it can deal with most MBTs it faces by shooting out critical components one by one as this subcalibre 25 mm has barely any spalling effect.

As a wheeled reconnaissance vehicle with only a 25 mm autocannon to use, it's best played in its intended role, spotting the enemy team, using its fast manoeuvrability to flank, and shooting down low flying aircraft. It is best compared to the R3 T20 FA-HS with the benefits that a light tank gets: scouting and reducing SP for aircraft spawns. 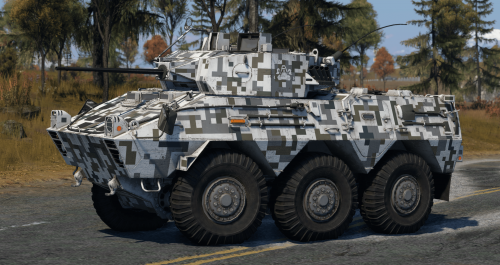