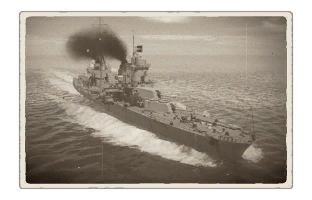 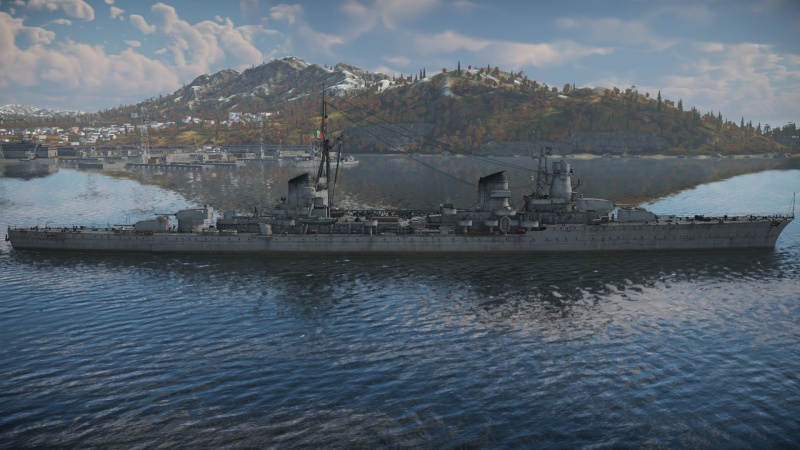 Raimondo Montecuccoli was the namesake of the subclass of the Condottieri cruisers. She was laid down in October 1931 and commissioned in June 1935, marking a major shift for the class, becoming a proper cruiser instead of a destroyer-hunter. To fulfill the goal, designers doubled the mass committed to the armour, upgraded boilers and increased the anti-air armament.

Located amidships is a catapult with one Ro.43 scout plane which provides unique offensive and defensive abilities, expanding tactical options. Ship-launched scout planes fly just like regular tree units but lack munition choices and cockpit views. The Ro.43 is a 2-seater equipped with two fixed offensive light machine guns and a single defensive machine gun turret, but no bombs. It does have the scout plane ability to cap zones and lay down smoke cover (up to 3 times). Captains will be wise to remember to utilise the aircraft and consider when best to use it, for example to cap a point early or late in the match, to create a smoke screen to stymie enemy bombardment and repair, to attack enemy units directly, or perhaps something completely new!