It is an early version of the Soviet PT-76B, with no stabilizer and a worse turret traverse speed.

Almost every tank in the game will be able to destroy the PT-76 with relative ease due to its ultra-thin armour. Avoid tanks with access to heavy machine guns on their turrets such as most American tanks, the IS-2 (1944), etc. This vehicle has next to no armour due to its amphibious abilities and can be easily destroyed even by machine guns.

Go for parts and FPE (safety first) and then go for the AP and HEATFS shells so penetrating enemies won't be such a problem anymore. Then go for mobility modifications and then the ESS. 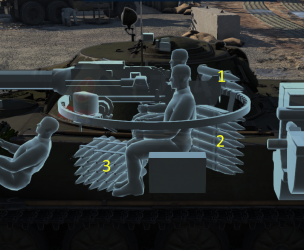