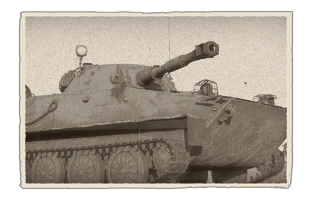 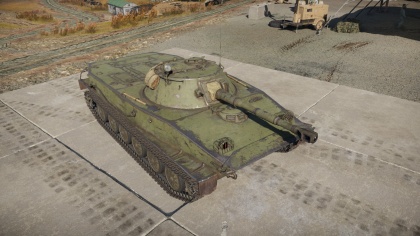 The PT-76B has decent mobility on land thanks to its rather light weight. It can reach its maximum speed of 49 km/h (AB) / 44 km/h (RB) easily due to its decent acceleration. Controlling it at maximum speed is not hard since its top speed is nothing special for a light tank (the ubiquitous M41A1, for example, has a top speed of 72 km/h). The PT-76B is also decently agile, being able to turn quickly in response to any events up the path. However, the vehicle does not have any type of neutral steering capability, so it will be difficult to turn on the spot. These forward mobility traits of the PT-76B can be interrupted severely by moderate obstacles such as medium trees, wooden fences, concretes plots/barriers or stone walls; these will cause the vehicle to lose considerable amount of speed, or even be brought to a halt, especially in Realistic Battles

The maximum reverse speed is -7 km/h (AB) / -6 km/h (RB), which is too slow to allow overextend tactic (pop from behind cover, shoot, retreat behind cover), or for withdrawing from dangerous situation that the vehicle may have inadvertently driven itself into.

The amphibious feature of the PT-76B makes the vehicle more versatile, broadening the flanking/sneaking potential and options on some maps. But this should only be exploited across smaller bodies of water, since it reaches only 12 km/h (AB) / 9 km/h (RB) in water when moving forward, and the reverse speed in water is only -7 km/h (AB) / -5 km/h (RB). These slow speeds mean that once the PT-76B is on water, it will likely be a sitting duck if spotted. While firing from the water is an option due to the vehicle's stabilizer, the water waves and the recoil from firing may cause the vehicle to wobble, making it hard to get a good shot. On top of that when planning an amphibious trip, it is best to ensure the destination can be reached in a straight line as the vehicle turns poorly and slowly in the water and so any course corrections will take more time, which leaves the PT-76B exposed to being spotted and taken out. 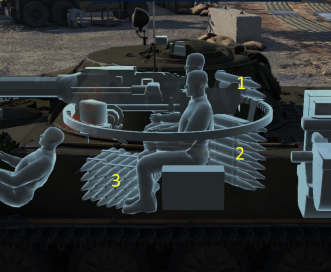 Amphibious tanks discusses the PT-76B at 4:38 - War Thunder Official Channel
Why this advanced tank is matched with WW2 Vehicles - HowToPlay1337