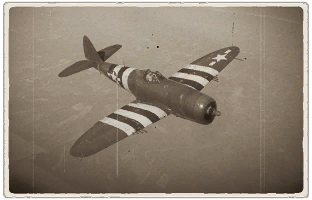 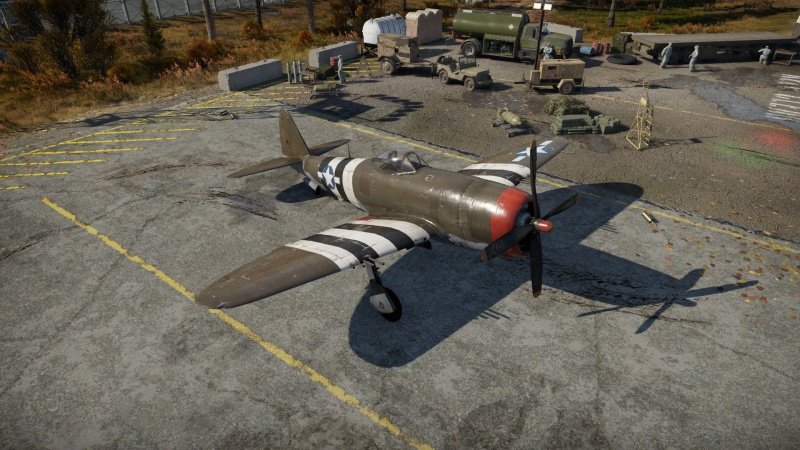 The Thunderbolt was used as a high altitude bomber escort and excels at fighter roles in the game, but it can also be used as a very effective ground attack aircraft, thanks to its impressive bomb load. With the equivalent of 3,000 lbs of ordnance under its wings with munitions such as 1,000 lb bombs and 10 HVAR rockets, it is an excellent fighter-bomber. In this role, its performance is often superior to even dedicated ground attack aircraft such as IL-2 Sturmoviks. Its eight fifty-calibre guns are effective against soft targets which aren't worth rockets or bombs. With good aim, they can destroy light pillboxes when firing through the pillbox window on the sides, especially if using the "Ground targets" belt.

When using the "Jug" as a fighter, remember that speed is life, altitude is life insurance. Never give these up unless burning altitude is necessary to bait for a teammate / stay alive. Boom & Zoom tactics are a must in most scenarios, as the Jug cannot turn-fight most planes in the game. If the dive is unsuccessful, extend and regain situational awareness before making a second attempt. While the P-47 can attempt to energy trap enemy planes, its weak climb rate means it only gets one or two attempts before having to run away. Otherwise, it will stall in front of the enemy's guns. Good aim is a must, taking out the most dangerous threats first and leaving the weaker ones to be mopped up later by the P-47's massive ammo reserve.

As in real life, the performance advantage will shift in favour of the Jug above 3,000 m (Soviet opponents) or 6,000 m (most German and Japanese aircraft). The P-47 can become more aggressive at high altitudes, picking fights with formidable opponents such as the Bf 109 G-6.

Two missions present themselves: strike fighter (fighter-bomber), taken by going low with a full payload, ravaging the countryside, or as a fighter by climbing to the side of the battle and boom and zooming enemies that have dived into the initial furball. For the former, "ground targets" belt is advised, as it will easily pierce light pillboxes. For shooting down aircraft, pilots have the personal choice between universal, tracer or stealth depending on their playstyle. A gun convergence of at least 500 meters is recommended, as the P-47's long-ranged .50 cals have a better chance of scoring hits on far targets if the gun convergence is long.

The weakest aspect of the P-47 is not the plane, but the teams. It is not uncommon for most of the P-47's team to have been destroyed by the time it gets to altitude; in these scenarios it is important to keep a cool head and destroy the most dangerous threats first; either to the plane itself or to the tickets. Once this is accomplished, the Jug can handily clean up the dregs of the enemy team or win by ground-pounding.

On the other hand, if your team secures a numerical advantage it is wise to land on the airstrip,return to to the loadout menu by holding the "Leave the vehicle" button (Default key: "J") after completing the repair/rearm process, then load the ground attack ordnance. Remember to not bail out until fully repaired and rearmed!

For attacking ground targets, choose wisely between the various payload options according to your target. Use the bombs and rockets to take out pillboxes and tanks, then the MG for soft targets like AAA, howitzers and trucks. When approaching the target, dive at a medium angle to gain speed and momentum for the bombs, try to drop as close as possible but avoid crashing into the ground. When the gunsight slices through and just above the target, drop the 1,000 lbs. When the target is at the center of the gunsight and fills up around 1/3 of it, release the 500 lbs. The eight MGs are perfect for destroying trucks, AA guns and artilleries as they have plenty of ammo. However, constantly watch your surrounding, especially your high 6 for any incoming enemies. 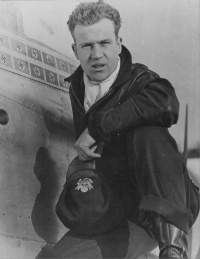