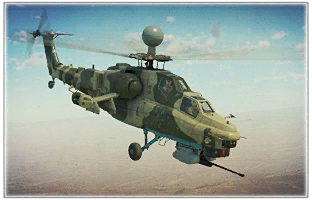 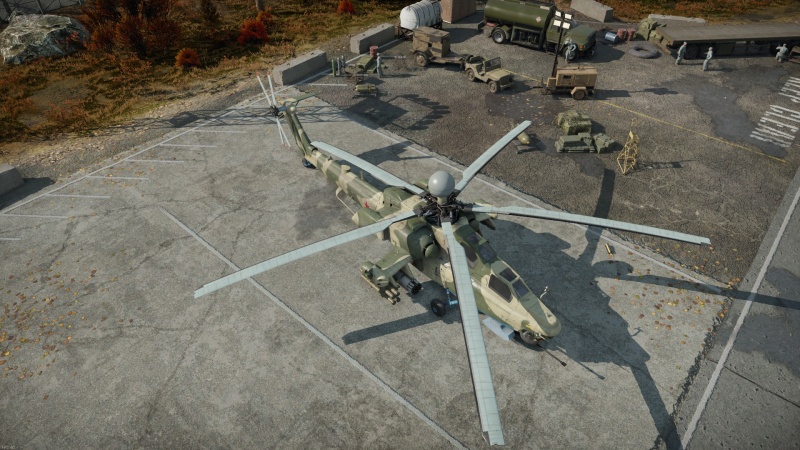 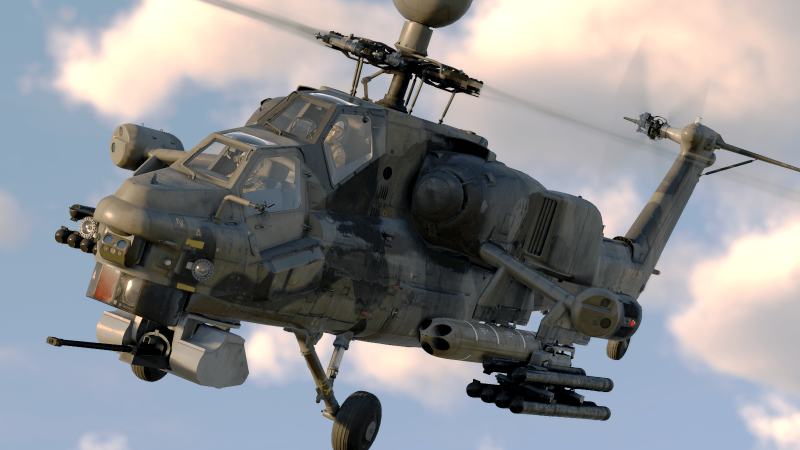 The Mi-28NM is a rank VII Soviet attack helicopter with a battle rating of 11.0 (AB/SB) and 11.3 (RB). It was introduced in Update "Ground Breaking". Also known as 'Havoc', it is the successor of the legendary Mi-24 Hind in the gunship role, featuring much better combat systems for the task. It is an upgrade of the previous Mi-28N with better weapon systems, enhanced NVD and a surface-search radar.

The Mi-28NM is not so different when it comes to flight performance compared to his predecessors. It can reach high speeds with ease but severely lacks manoeuvrability and agility compared to its counterparts, particularly the EC-665 Tiger family. While it is able to quickly reach fast speeds, the Mi-28 also takes time to slow down, forcing pilots to estimate the braking distance to avoid enemy fire or crashing.

The Mi-28NM has an armoured cabin that protects all flanks of both the pilot and the gunner from small arms fire and fragmentation. It is one of the strongest armoured helicopter cabins in the game, making it able to withstand multiple hits from small machine guns. However, armour is inefficient when facing heavy calibre anti-air such as 12.7 mm machine gun fire and higher calibre autocannons; missiles are not excluded. The Mi-28NM also has access to a high quantity of countermeasures, nothing new in Russian helicopters. It has access to 128 countermeasures that are coupled to the Missile Alert Warning system. They are particularly useful when facing IR guided missiles from various threats. Carrying chaff in these pods can also be useful, although its effectiveness may be limited due to the resistance of radars to interference at this rank. However, it is also able to be used when facing SARH and ARH missiles such as the AIM-7 Sparrow and AIM-54 Phoenix. As with all helicopters, the best armour is to remain hidden and at stand-off distance, using buildings or environmental cover to protect you from radars, IRST and visual contact which will then escalate to engagement.

It is recommended that the ATGMs are prioritized, followed by NVD and finally countermeasures. The initial Ataka missiles are useful as starter missiles but later missiles should be prioritized, especially the Vikhr ATGM. As one continues to research, protection modules are advised such as flak jacket. Flight performance modules are suggested but not a 'must have'.

The Mi-28NM can be outfitted with the following ordnance presets:

The Mi-28NM has a wide selection of weaponry for a range of roles, from small-game hunting to the most armoured targets. While Vikhrs may seem the most obvious decision of missile to carry, the Ataka and Khrizantema missiles can also be useful in certain situations. Khrizantema holds the highest penetration and the highest explosive payload at the same range of the Ataka (but almost half of the range of the Vikhr), at the cost of a reduced numbers able to be carried. Vikhr holds the highest speed and range with a bigger explosive payload than Ataka but smaller than Khrizantema, it also has a proximity fuze. Depending on the needs, the missiles to be carried are set to user's discretion.

The Mi-28NM also has access to Igla missiles, carrying the highest amount of anti-air missiles in-game (up to 8), making the Mi-28N a formidable anti-air platform. It should be noted that the Vikhr can also be used for the anti-air role, but require the constant attention of the user instead of being fire-and-forget like the Igla.

The Mi-28NM is a gunship and should be used as such. It holds a very capable array of weapons for all scenarios: from column destroying to anti-ship duties. The primary role of the Mi-28NM is Close Air Support, making it a very capable platform for assisting ground allies against other ground assets with rockets and missiles. However, it can be used primarily in three ways: