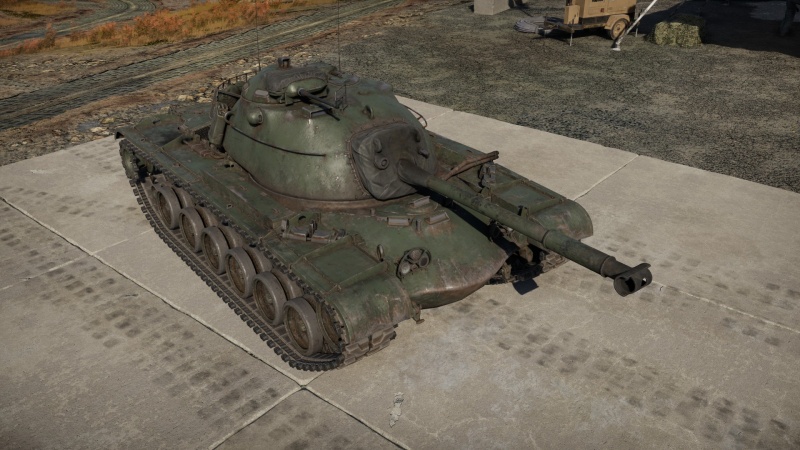 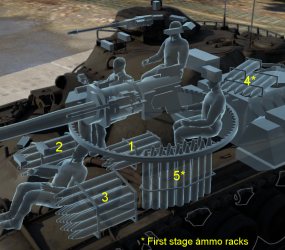 Due to the impact of the Vietnam War, the United States changed its military aid policy to Taiwan. The United States no longer provided its surplus armaments for free to the ROC army, and instead required the ROC army to purchase equipment in the form of military aid loans. As a result, the progress of the national army's upgrade to newer American-made equipment began to stagnate.

Major General Richard G. Ciccolella, Chief of the US Military Assistance Advisory Group, Taiwan, requested for free or low-cost access to military equipment from the US Asia-Pacific garrison under the US military's "Major Item Material Excess" (MIMEX) program and "Military Assistance Program Excess" (MAP EXCESS) program. Excess or discarded weapons and equipment could be handed over to the ROC Army for them to repair and reacquire. The repair and reacquire program was formally implemented in 1968, and the National Army called the plan a "Diligence" program. On the other hand, the ROC Army had been responsible for the repairing of damaged equipment in the Vietnam War since 1967 as the US military elements stationed in Vietnam lacked the ability to overhaul tanks and other special purpose vehicles. Among these American equipment, the heavily damaged equipment that was too difficult to repair was recovered and acquired by the ROC army. This program is called the "Repair Assistance" program. These programs were the two main approaches for the ROC Army to obtain American-made equipment at that time.

(Fire Bull or "火牛", refers to a historical story of sneak raid that used bulls on fire as pioneer)

The ROCA upgrade project of M48

The ROC Army Joint Logistics Command launched a series of plans for self-developed tanks and armoured vehicles in 1975, codenamed the "Wan Sheng" project. The "Wan Sheng IV" prototype was built under such a background and, imitating the M48A5 medium tank introduced by the United States in 1973. The Army expected to improve the combat effectiveness of its M48 tanks up to the standard of the US M60A1 tank by upgrading the old M48A1 to M48A5 standard. Compared with the M48A1, the "Wan Sheng IV" prototype had enhanced equipment such as the M68 105 mm cannon, IR night vision optics, and an optical rangefinder, but retains the original hull structure without further modification. Therefore, the "Wan Sheng IV" prototype is not as capable as the standard M48A5 in terms of reliability, endurance and fire control system. Since the Army still hoped to purchase M60 medium tanks directly from the United States at the time, only one vehicle was modified under the "Wan Sheng IV" project and it never saw mass production.

In 1978, Mainland China and the United States issued the "China-US Announcement on Solving the Issue of US Arms Sale to Taiwan", while in the following year, Republic of China formally severed diplomatic relations with the United States and the Sino-US Mutual Defense Treaty also expired at the end of 1979. Therefore, Taiwan could no longer obtain new weapons from the United States in the close future.

In the meantime, the M48A1/A2 medium tanks equipped by the national army were very outdated and the Army was particularly dissatisfied with the M48's original AVSI-1790-6 gasoline engine, believing that its reliability and range could not meet the demand. As the result, the Army Ordnance Industry Development Center under the Joint Logistics Command purchased a batch of AV-1790-2DM diesel engines to upgrade the power components of the M48 in service. The ROC Army designated these tanks as M48A3. However, this batch of tanks lacked the structural upgrade of the engine compartment like the standard M48A3. Not only did these tanks look different, their fire control systems and suspension systems were also inferior compared to the standard US M48A3 tanks. Therefore, the M48A3 tank modified by the national army is only a combination of the M48A1 and an upgraded power station.

(Wan Sheng or "萬乘", meaning "thousands of combat vehicles", is a Chinese allusion referring to a powerful army and therefore a strong nation)

The "Brave Tiger" MBT is a hybrid of an enhanced M48 turret and a M60 chassis, equipped with a cutting-edge FCS that comes from the M1 Abrams. Therefore, "Brave Tiger" was designated as M48H (H for Hybrid). The Army Fighting Vehicle R&D Center purchased 450 M60 tank chassis for modification before the M60 production line ever shut down. The "Brave Tiger" tank began testing in 1988. It officially entered service in the ROC Army on April 14th, 1990.

After the Taiwan Strait Missile Crisis in 1996, in order to curb the CCP's attempt to invade Taiwan by force, the United States sold 450 M60A3 tanks to Republic of China. At present time, the armoured combat forces of the Republic of China Army are mainly equipped with CM11 "Brave Tiger" MBTs and M60A3 MBTs. Due to lack of reliability, most of the CM12 tanks are stored as reserve forces.

After the Viet Cong defeated the Republic of Vietnam, the Vietnamese Defense Minister Võ Nguyên Giáp presented a personal gift of a batch of US-made weapons including M48A3 tanks and M113 APCs to Chinese Defense Minister Ye Jianying. After evaluating the M48A3 tank, the Armored Forces Technology Research Institute, which is responsible for the R&D of armoured vehicles in mainland China, believed that the M48A3 medium tank has many advantages over the Type 59 tank in service. With the advancement of the CCP's military industry, technical advantages of the M48A3 tank such as steering wheel control system, air-cooled engines, and hydraulic transmissions were rapidly absorbed by subsequently produced domestic tanks.

The captured ARVN M48A3 tank is currently on public display in the Family Courtyard No. 4, Huaishuling, Fengtai District, Beijing.