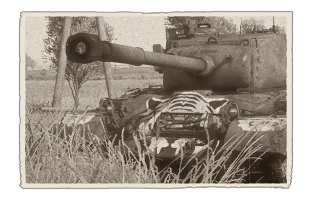 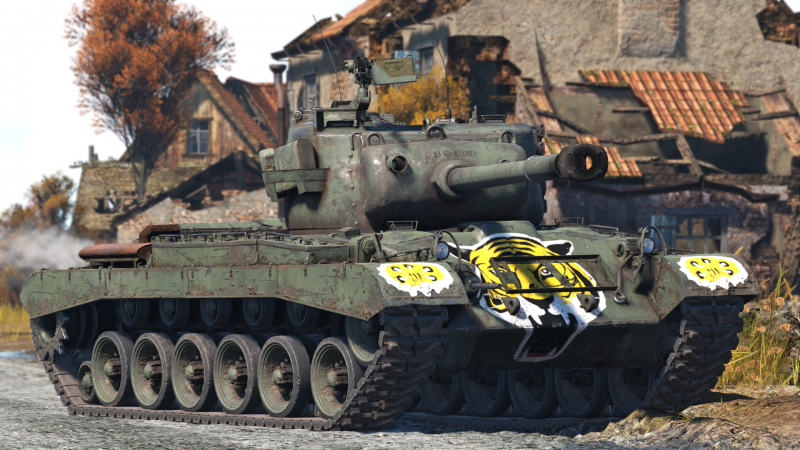 The M46 "Tiger" (Medium Tank M46 Patton (73 Tank Batalion)) is a premium rank IV American medium tank with a battle rating of 7.0 (AB/RB) and 6.7 (SB). It was one of the first American tanks to be released with the American ground tree in Update 1.45 "Steel Generals". It is a premium variant of the M46 Patton, the differences being the paint job of a tiger cat on the front, drawn up by its crew during the Korean War, the lack of mesh screens around the turret and it being Rank IV instead of Rank V. 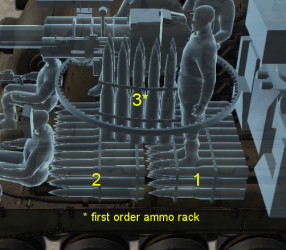 The M46 "Tiger" plays like a light tank in Arcade, because it can reach speeds over 50 km/h in perfect conditions. Furthermore, it's very agile - turning on the spot and manoeuvring in close quarters is extremely easy. Altogether, this tank is a pleasure to play in cities in Arcade, because you can escape stand-offs and flank the enemy tank, or you may decide to bait a shot by showing your side, then instantly reversing, or you might want to just leave the encounter altogether and help out a teammate who is relatively nearby. Oh, and your agility can also help you bounce shots - just move your hull and turret around slightly if you think you will get shot.

If you can't rely on armour, mobility comes into question, and in Realistic it is dampened. Here, the "Tiger" behaves much more like a general medium tank, like the Centurion or the T-34. You are mobile, and quick, but you won't be able to run away from encounters, or flank an enemy in seconds (like you can do in Arcade). Therefore, you should play much more carefully, and avoid being seen at all, which can be easily accomplished because you can still manoeuvre rather easily in close quarters.