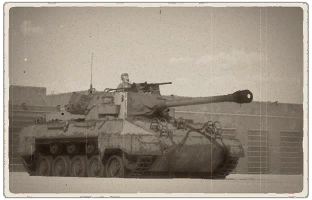 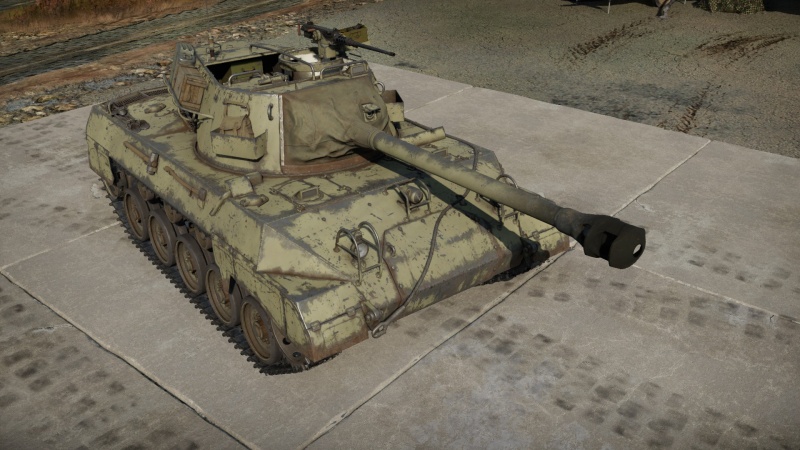 The M18 GMC (China) has extremely thin armour throughout its construction. As such, a player with the M18 should throw away any notion of trying to survive a shot and instead aim to avoid being hit at all. With an open-top construction and the placement of certain crew members, even enemy machine gun rounds can knock out the crew members inside and lower combat efficiency.

Though the previous section on armour may imply poor survivability, the M18 GMC (China)'s shining trait will be in its mobility. It produces enough engine horsepower to become a speed demon on the battlefield, quickly traversing through rough terrain to get to advantageous positions to ambush enemies that are just starting to get to the fight.

The Korea War broke out in 1950 and soon China sent a volunteer army into Korea. The situation provided the background for United States strengthening its military alliance with Republic of China (ROC). As a result, the Military Assistance Advisory Group (MAAG) was sent to Taiwan and US began to supply ROC armed forces with surplus materials from WWII. The M18 "Hellcat" tank destroyers arrived in Taiwan in 1952 as the first batch of military assistance supplies. In fact, these Hellcats were listed as the first combat vehicles that US provided to ROC since 1949. A total number of 243 M18 tank destroyers were sent throughout the military aid operation. Those Hellcats were supplied to the Army and Marine Corps and soon became the backbone of the ROC combat forces. These tank destroyers took the places of outdated M3/M5 Stuarts and captured Japanese tanks, improving the fighting capacity of armoured forces significantly. 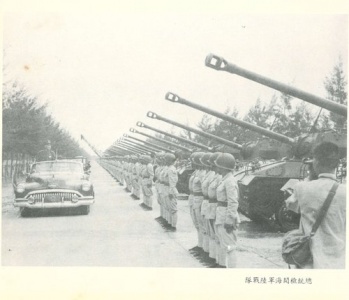 The M18 tank destroyers saw multiple combats during its service in Taiwan. It served quite differently from the US military in the later stages of the European battlefield: For the fact that ROC Army and Marine Corps lacked tanks and other armoured vehicles at that time, the Hellcat tank destroyer often had to play the role of tanks and even self-propelled artillery. During the First Taiwan Strait Crisis (the Artillery battle of September 3rd), the tank destroyers stationed in Kinmen had a record of bombarding the PLA's broadcasting station on the mainland. By the time of Second Taiwan Strait Crisis (Artillery battle on August 23th), armoured vehicles and even the M1 90 mm anti-aircraft guns were mobilized to launch an artillery counterattack in the direction of Xiamen. Since the PLA did not initiate any amphibious assaults, the M18 Hellcat tank destroyer never had the chance of engaging armoured targets during service.

The M18 "Hellcat" tank destroyer stayed in the ROC Army and Marine Corps until the 1970s when its poor armour, outdated firepower and backwards fire control system no longer met the requirements of active service. Some Hellcats were transferred to the outer islands and served as stationary shore defense artilleries in fortifications. Since the original Wright R-975 engine became exhausted after the long service, the Army Ordnance Department planned a reutilization of M18 Hellcat turrets by assembling them onto the chassis of M42 SPAAG. The reutilization design was designated as a new light tank called Type 64. A total number of 42 Type 64 light tanks were modified and equipped to the 751th Battalion of the 202th Armored Cavalry. The battalion was merged by 208th Armored Cavalry in August 1979 and stationed in Penghu. At the end of 1981, all Type 64 light tanks were decommissioned from service in Penghu depot. One of these modified vehicle is currently displayed at the Armored Forces School in Hukou, Taiwan in public.