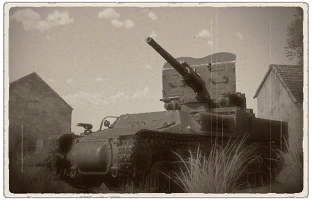 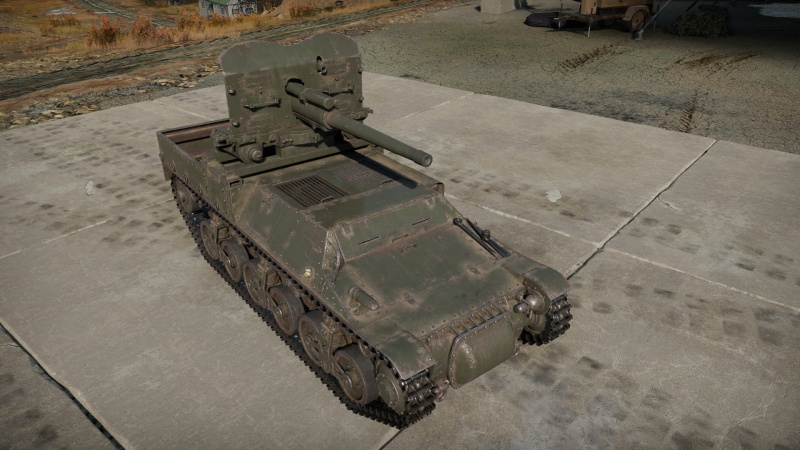 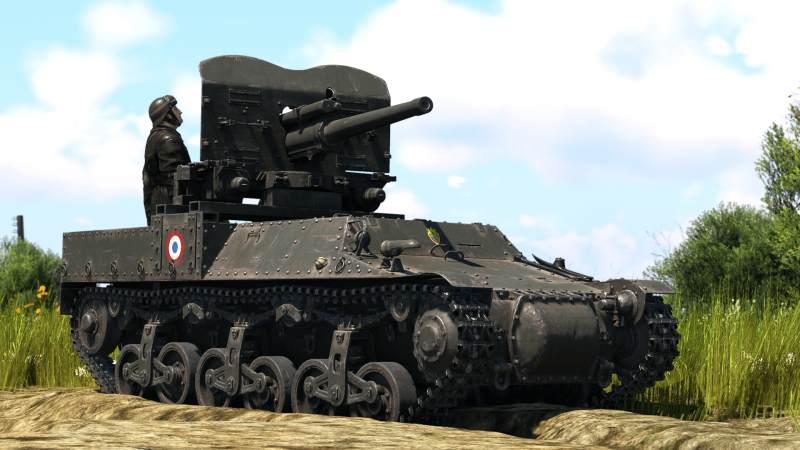 The Lorraine 37L is a rank I French tank destroyer with a battle rating of 1.3 (AB/RB/SB). It was introduced in Update "New Power".

The armour-piercing capped round Mle 1936 has a high penetration power for the battle rating but lacks the post-penetration damage with the absence of an explosive filler. The lack of base tracer also makes it difficult to correct your targeting at long distance as you can't properly visualize the trajectory of your shell. 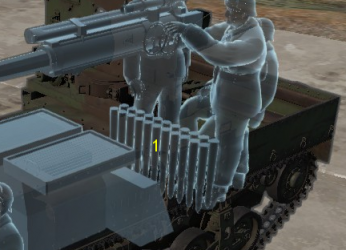 Ammo racks of the Lorraine 37L

Virtually unarmoured, the Lorraine 37L is better used to snipe or ambush the enemy. Its gun has a good rate of fire, but many other guns at this rank will reload as fast as yours. The gun is extremely powerful for its rank, which means you will penetrate almost any target, so there is no need to throw yourself in front of the enemy: position yourself at a safe distance from the frontline action. An open-backed SPG should never be flanked: put at least 500 m between you and your target and watch your sides for sneaking foes. While the gun can be sufficient to destroy most enemies in a single shot, more heavily armoured enemies will need several well-aimed shots to be fully disabled. The gun's ballistics are somewhat tricky without a base tracer and the ammo count is limited, so aim carefully and accurately. At the start of the match, use your good mobility to get to a location overlooking enemy movement routes or a sniping spot to engage advancing enemy vehicles. Make sure to change your position every few shots to prevent enemies from tracking you down and targeting you with either artillery strikes or close air support attacks. Even light machine gun fire is a big threat as most of your crew members sit in the open: planes are very dangerous with the Lorraine 37L having no anti-aircraft armament to counter them. Therefore, it is best to remain hidden or behind cover.

With its thin armour, any enemy can knock out the Lorraine 37L with prolonged light MG fire. But some stand out by the danger they pose:

How to defeat a Lorraine 37L

During the German invasion of France in mid 1940, the French army suffered heavy losses, especially when it came to its armoured vehicles. As a result, several urgent attempts were made to create improvised combat vehicles from resources available to French engineers in order to bolster the strength of the army, which faced a seemingly unstoppable invasion.

One of these projects was the conversion of the Lorraine 37L tractor into a tank destroyer by fitting it with a 47 mm SA37 anti-tank gun. The conversion took little time, with the prototype being ready in just a few weeks, however by the time construction was completed, France had already fallen. As a result, the prototype never saw combat action and was instead captured by German forces following the occupation.