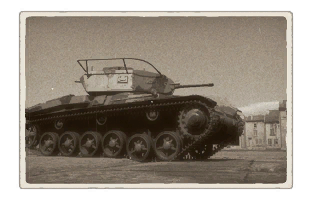 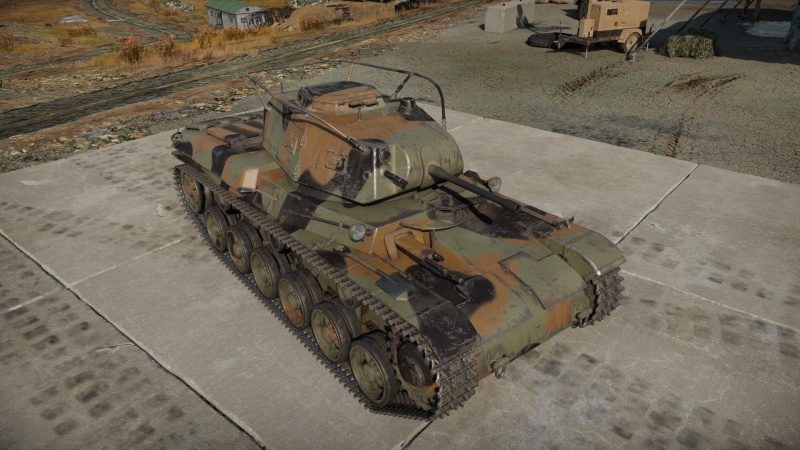 The Lago I is a rank II Swedish medium tank with a battle rating of 2.7 (AB/RB/SB). It was introduced in Update 1.97 "Viking Fury". 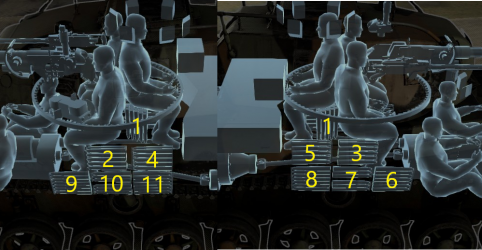 Ammo racks of the Lago I

The Lago I is armed with a 8 mm ksp m36 machine gun, useful for hitting lightly armoured AA vehicles.

The Lago I is a medium tank one has to get used to. It has a 37 mm gun with a short barrel similar to that of the early Panzer III's 37 mm KwK 36, which gives it inadequate penetration against better-armoured targets. Enemy tanks with an effective armour of above 55-60 mm will be a concern against the stock shell slpprj m/38 and the upgraded slprg m/39, but the 3,7cm slpprj m/49 might be sufficient when it is unlocked.

The armour of the Lago I might look weak with it being 34 mm maximum at the front, giving it a similar armour to that of a light tank, but it can still bounce shells with its angled armour. Angling the armour gives the Lago I more effective armour than it actually has, which can make it a difficult tank for inexperienced tankers to fight. But even while angled, the Lago I has lots of weak spots in the front where its armour is less than 34 mm thick or is flat, which makes it vulnerable to most tanks at its BR.

The Lago I has a great power-to-weight ratio, giving it an excellent acceleration and manoeuvrability. Use its great acceleration to get into positions where the slpprj m/38 and slprg m/39 will actually penetrate the enemy vehicle. The Lago I equipped with slpprj m/49 can pose a serious threat to more heavily armoured vehicles like the B1 ter and M4A3 (105) as the sabot has excellent penetration for its BR. However, sabot rounds have poor post-penetration damage and you should therefore aim to disable the enemy crew rather than try to knock out the whole vehicle.

The Lago I's engine also allows it to reach its top speed fast, having great acceleration can make a huge different when it comes to survival. Being able to avoid shells with its narrow and small silhouette, it can move around the battlefield quickly like a light tank, however it has one drawback as its limited speed of 45 km/h makes it slower than a light tank, though this is still an adequate speed to move around slower targets and to pose a serious threat. But it also has a slow reverse speed of -7 km/h which makes it harder to hide after peeking around a corner after taking a shot or fire off a shot.

The Landsverk Lago was an interwar medium tank design. It was designed in 1936 as an export medium tank by Landsverk. One prototype was made to be sent to Hungary for trials, but the Swedish government banned exporting military equipment. As such, the Lago was given to the Swedish military for trials. There were six Lago prototypes. The Lago I had a twin 140 hp engine, a crew of five, a 37 mm Bofors cannon, and 3 machine guns. It weighed 15 tonnes. The Lago never reached the production phase, but it became the basis of the Strv m/42, which saw lengthy service in the Swedish military.

During the 1930's, the Swedish Landsverk company, like many other European arms manufacturers, wished to capitalize on the growing tensions on the continent in order to secure new production and licencing contracts. Among the most profitable markets was the one for new armoured fighting vehicles. As a result, Landsverk began developing a whole range of new combat vehicles during the 1930's, aimed solely at the export market.

Among them was the L-60 light tank, whose basis Landswerk used to develop the larger and heavier Lago tank. While the L-60 saw some commercial success, the Lago tank received little interest from foreign customers. However, after some time passed, the Swedish military changed their doctrine and sought to procure a medium tank themselves. Given that Landsverk already developed the Lago, Swedish military officials turned to the company with the orders to further develop the design.

In the end, the Lago tank went through multiple prototype stages and was ultimately used only as a testbed for the development of the subsequent Strv m/42 and Pvkv m/43 tanks. The vehicle never had any production orders and didn't take active part in any conflicts. Due to its design however, the Lago I can be seen as the first true domestically built Swedish medium tank.

The Lago I Medium Tank - Orangefan