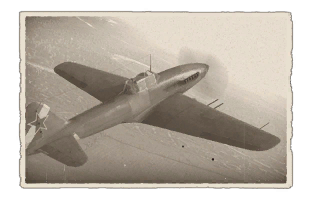 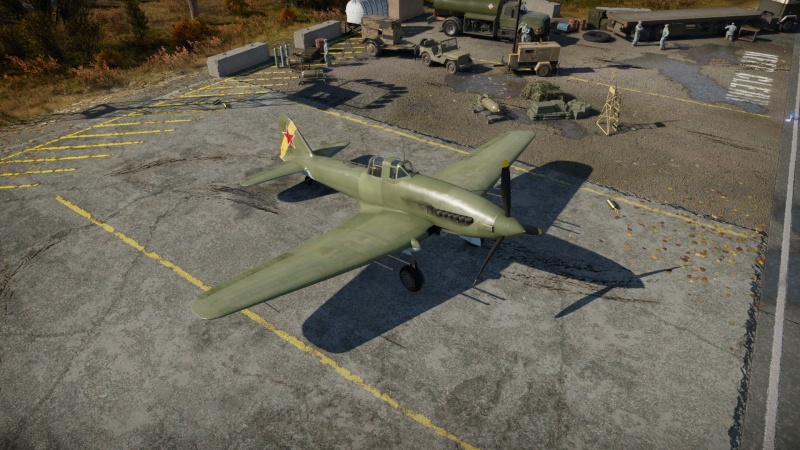 As a continuation of the famed Ilyushin IL-2 series, the IL-10 (1946) is a highly upgraded version of the classic Soviet ground attacker of World War Two. Unlike its predecessors, who wield a pair VYa 23 mm cannons, the IL-10 (1946) utilizes four NS-23 23 mm cannons which increase the plane's anti-aircraft capabilities, at the expense of the anti-armour stopping power of the NS-37s and VYas of other IL-2s (60/37 mm of penetration-> 29 mm of penetration). The IL-10 (1946) is also highly capable of defending itself from the rear, unlike its earlier relatives which wielded a single 12.7 mm Berezin UB machine gun. This aircraft boasts a 20 mm Berezin B-20 cannon capable of ripping would-be killers apart. Although extremely dangerous in a low-speed and low-altitude dogfight, this aircraft suffers at both higher altitudes and higher speeds, where post-war fighters such as the F8F-1B have the advantage. The IL-10 (1946) also features an armoured cockpit and engine, which increases the aircraft's resistance to sub-calibre armour piercing rounds. Thus, just like its earlier relatives, the IL-10 is a very heavy aircraft which can hurt performance aspects such as acceleration. 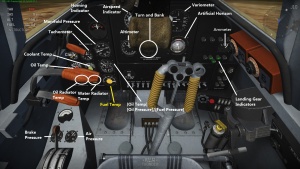 Since the IL-10 (1946) is a multi-role aircraft, any module research path is viable. Unlocking performance modifications will boost survivability and damage potential in dogfights, whereas unlocking armament modifications will help with the ground attack. Some of the best modifications to unlock are the "Engine injection" and "Offensive 23 mm belts". Any of the turret upgrades will also improve potential damage output.

Unlike previous attackers, the IL-10 (1946) cannot carry 8 rockets but only 4, along with bombs and it cannot carry only rockets.

NS-23 cannons are not capable of destroying medium or light tanks even with AP ammunition. This severely hinders the aircraft's ground attack capabilities, so it is best utilized as a multi-purpose aircraft similar to the B7A2 Ryusei. However, it is worth noting that this aircraft wields the ability to carry a varied payload of both bombs and rockets. With proper aim, it is possible to destroy heavy tanks albeit very difficult as there is no bombing reticule. The "air targets" belt for the 23 mm cannons have the ability to demolish soft ground targets such as armoured cars and AAA units, but also retains the ability to destroy fighters and bombers alike with only a handful of rounds. Therefore, it can be beneficial to first attack the enemy's light defences and then if a teammate has been forced to a lower altitude by a pursuer, attempting to alleviate the stress of that pilot can be beneficial. Like the La-9, the IL-10 (1946) has the ability to fire two of its 23 mm cannons instead of four as the ammunition pools are separate. A good strategy is to use one set of 23 mm belts for attacking ground targets, and the other for destroying enemy aircraft.