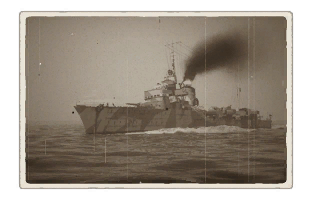 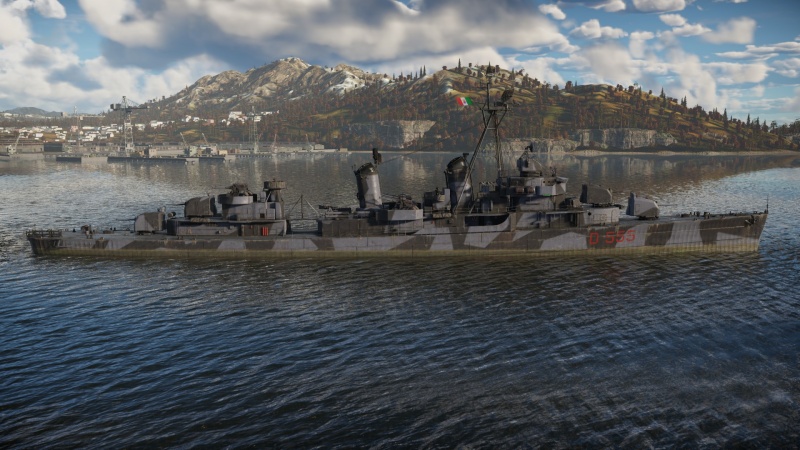 The Geniere, Soldati type 1 serie is a premium gift rank III Italian destroyer with a battle rating of 4.3 (AB/RB/SB). It was introduced in Update "Starfighters". It was removed from the store after the 8th Anniversary Sale.

One of twelve fleet destroyers laid down at Livorno by OTO in 1936, the Soldati class were a further development of the Maestrale and Oriani classes of 1934/36. Completed in 1938-39, the Soldati boats had improved machinery over the Oriani class, with 2 shaft Beluzzo geared turbines. In 1941, Geniere had 12 cm/50 guns added in place of the original 12 cm/15. Original AA armament of 13.2 mm MG was replaced by 2 cm cannons in 6 dual-mounted stations. Initially 2 depth charge throwers were installed but this was later increased to 4. 2 of the class were fitted with Gufo radar, while one was equipped with German radar.

Geniere was sunk in drydock by a bomb in Palermo harbour in 1943.