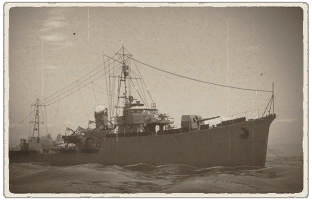 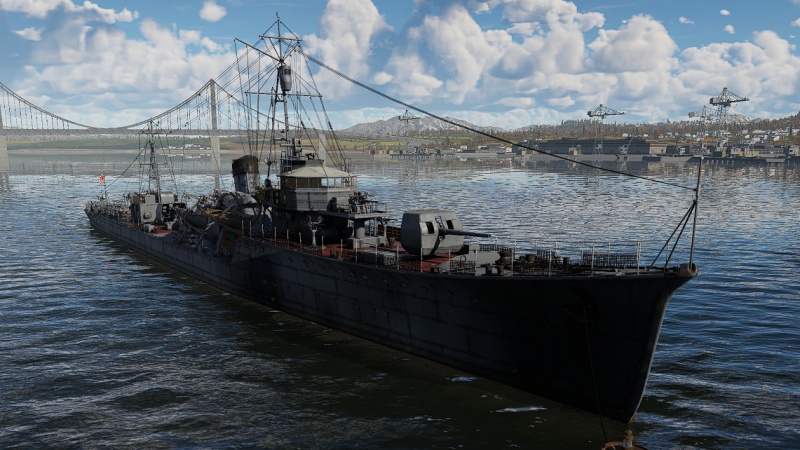 The Chidori is a rank V Japanese gunboat with a battle rating of 3.7 (AB/RB/SB). It was introduced in Update "Raining Fire".

The Chidori (Japanese for plover bird) was the first boat of the Chidori-class torpedo boats (Torpedo boat here has a different meaning than a small motor boat, closer to the meaning of destroyer). She was laid down in 1931 at the Maizuru Naval Construction Department.

In December 1936, the Torpedo flotilla 21 was formed with the four boats of the same class and advanced toward China, engaged in landing support and blockade operations. After the start of the Pacific War, they supported the strategy of the Japanese Southern expansion. After that, the flotilla was disbanded and Chidori was engaged in convoy escort. Although she was active until the end of the war, the Chidori was sunk by a torpedo of the US submarine "Tilefish" off the coast of Omaezaki in Southern Japan on December 22, 1944.