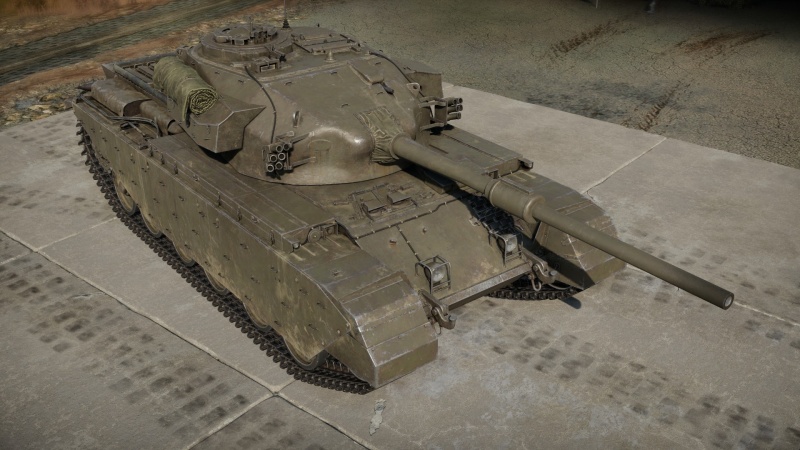 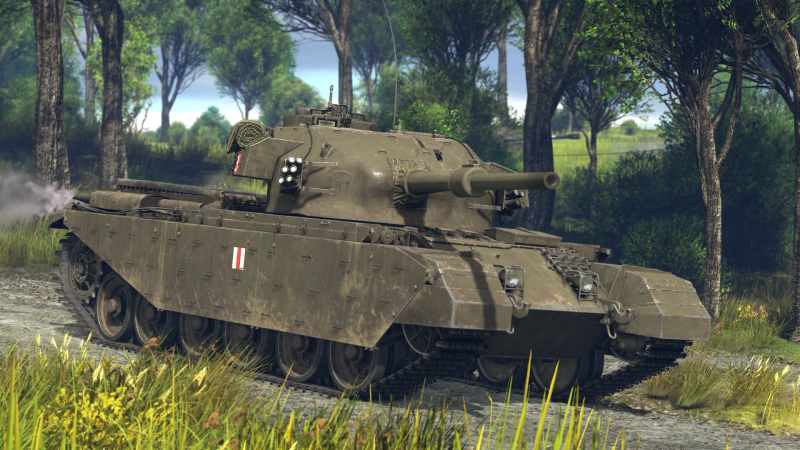 The Centurion Action X is a premium rank IV British medium tank with a battle rating of 7.3 (AB/RB/SB). It was introduced in Update 1.93 "Shark Attack".

The imponent-looking prototype, the Centurion X, is a tank with a unique personality. The vehicle will be appreciatively friendly to the aspiring tankers and veterans of the British tanks, while also setting a small peak of what the latter ranks got to offer.

With a fair share of mobility and firepower, the Centurion X is a good premium vehicle in the British Post-war lineup. The novelty is about the now, more sloped turret armour features. Despite the evidence of some inadequate armour angles, the tank can surely stand on its own, if played appropriately, with a playstyle pretty much comparable to its tech tree development cousin, the FV4202.

The ammunition available to the Centurion Action X offers a wide range of projectiles to engage most types of targets: 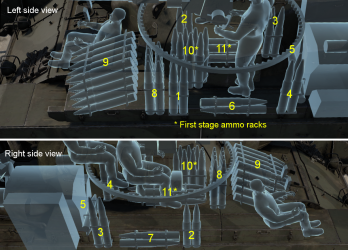 At first glance, the Centurion Action X does not bring a significant change in playstyle. Compared to equivalent-rank vehicles, battle usage can be straightforward. But there are some meaningful lessons for future medium tanks that excel at support roles down the rank, namely the Chieftains.

One way to master this tank's capabilities is to minimize its weaknesses. Knowing the limited maximum speed, the commanders often should resort to long-distance gunnery. This long-range shooting is, in fact, very healthy for the Centurion X. The firepower is more than sufficient to cause damage in most ranges; thus, sniping is where most mainstream British medium tanks will excel.

The shoot-and-scoot tactic benefits the Centurion Action X. It will protect the vehicle from prolonged exposure as the lower turret is poorly armoured to withstand serious firepower. One way to stay alive is never to expose your lower half of the turret.

An early game planning of the map positioning will allow the Centurion Action X to strike lethally without being immediately obliterated. However, players should keep in mind another forte of most British MBTs down the line; this is the flexibility of the gun elevation. Therefore slopes, cliffs and trenches on maps such as Ash River, Carpathians or Fulda, should be used to multiply the damage the Centurion can cause.

The sniper or support role can provide the best results in the long run, as most tanks at its rank will often struggle to fire effectively when on the move or at long ranges. Meanwhile, the Centurion Action X will quickly get in and out of cover thanks to the gun stabilizer, firing whenever enemy targets are spotted.

New players may learn the best way to help your team win the game is by being in the rear supporting the offensive of the most aggressive tanks. Not only covering the fronts but also on the lookout for light flankers.

Development of the Centurion Action X began in the early 1950s. The aim of the project was to improve the Centurion's ballistic protection by fitting the vehicle with the recently developed 'mantletless' turret design. The turret was fitted on a Centurion Mk.7 hull and featured thick, heavily sloped surfaces which further increased its effectiveness.

Furthermore, the vehicle was tested with both the QF 20-pdr as well as the 105 mm L7 cannon. In the end however, only a couple prototypes were built and tested in addition to a few turrets being used separately for ballistic trials. The Centurion Action X never passed the testing stage and was thus also not ordered into production. However, the experience gained during its development, specifically regarding the use of the mantletless turret, was later incorporated into subsequent tank designs such as the FV4202 and the well-known Chieftain main battle tank.