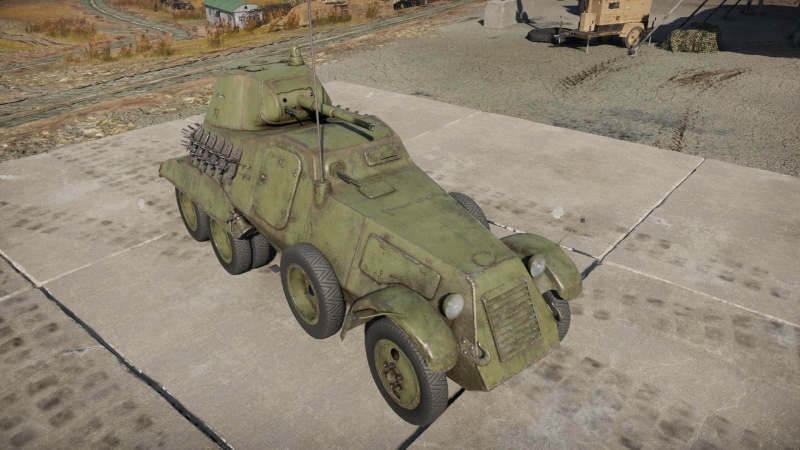 Armour on the BA-11 is unfortunately inadequate against most tank armaments that it can encounter. It's only thick enough to resist rifle-calibre machine gun fire, whereas heavy machine gun rounds have more than enough power to shred the car's body apart. In terms of surviving a frontal encounter with a tank shell, the only hope is that the engine and fuel tank modules will stop the shell from reaching the crew compartment. However, the BA-11 is vulnerable to overpressure so an HE shell will at best immobilize the BA-11 if not outright destroy it.

If shot, the front compartment with engine and transmission module can immobilise the vehicle. The center driving compartment containing the driver and another crew member, with the transmission right underneath to, again, cripple the vehicle's mobility. The fighting compartment in the rear with the turret is fully stowed with ammunition with the gun crew, and so a shot there can cause an ammunition detonation that would make short work of the BA-11's life.