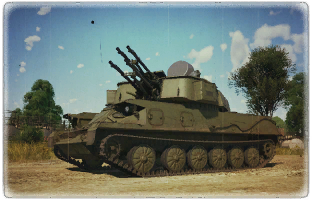 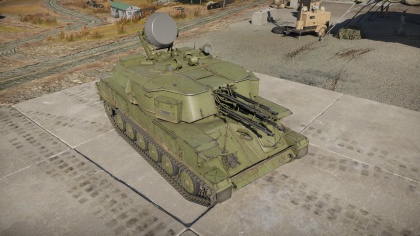 The ZSU-23-4 "Shilka" is a Rank VI Soviet anti-aircraft vehicle with a battle rating of 8.0 (AB/RB/SB). It was introduced in Update 1.63 "Desert Hunters". The "Shilka" presents a much higher rate of fire than its predecessor ZSU-57-2 and allows the user to saturate the airspace to increase the chance of hitting a low-flying aircraft.

An excellent addition to the article will be video guides, as well as screenshots from the game and photos. Skins and camouflages for the ZSU-23-4 from live.warthunder.com.