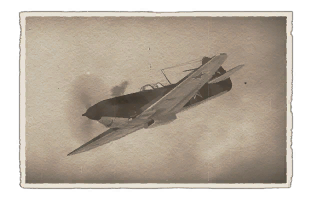 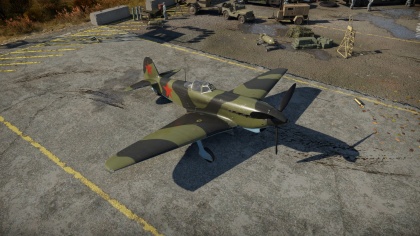 The Yak 9T has very good low altitude performance, but has very poor high altitude performance. The Yak 9Ts rudder speed and turn rate are very good making it a suitable plane for small dogfights and skirmishes. The turn rate on the Yak 9T is far superior to the majority of planes in its BR making it suitable for vertical turn fighting. The climb rate in the Yak 9T is about normal for a plane at its BR, making it able to reach the high altitude bombers, but still able to be thwarted by higher altitude foes. The energy retention on the Yak 9T is suitable for a plane of its BR,but there are many planes that have better energy retention, such as the German fw-190." 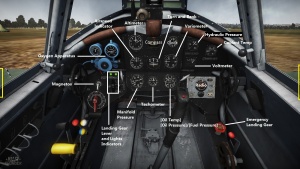 The Yakovlev 9-T or Yak-9T as it is most popularly referred to in game, being the most popular of the Yak-9 variants, is best played differently depending on the situation the pilot finds themselves in.

To begin, don't set any gun convergence. Since this aircraft only has 2 guns, a 37mm in the middle of the engine and a 12.7mm Berezin UB to the side of it (though not enough to the side to need convergence). If you set convergence, it will actually tilt the 37mm to one side and throw off your aim.

After this, take off and make sure that you take off and immediately climb. A twenty degree angle may be too much to handle depending on the upgrades purchased on the aircraft, so a fifteen degree climb is recommended. With it, the pilot keeps much needed speed and agility. Altitude advantage over your opponent is always preferred, and most pilots of the rank that the Yak-9T fights do not choose to climb over 2,000 m (6,561 ft). A good altitude to climb to is 3,000 m (9,842 ft). In this way, altitude advantage is achieved. Be advised this will not always be the case and some enemies will climb above you. If this happens, try to make them bleed energy until they are slower than you and turn fight them.

The Yak-9T and all Yak's suffer from constant engine overheat, properly watching this temperature is critical, because if let go too long, the engine will die and the Yak falls fast. Keep eyes on temp at all times. Best advice is to keep throttle at 90% or lower when not in combat. The Yak-9T is best suited to colder maps, if on a hot map, gain altitude and cruise at 85-90% throttle.

The Yak-9T variant, for instance, had an incredibly powerful 37mm NS-37 cannon firing through the propeller hub. Due to the length of the gun barrel, the pilot's seat had to be moved 40 cm aft, and the airframe was strengthened. The variant carried 30 to 32 cannon shells, as well as 200-220 rounds for the synchronized UB machine gun. Salvo weight for the variant was a whopping 3.74 kg (8.24 lbs). The 37mm gun allowed for fire at increased ranges, up to 1,200 yards against bomber formations, and 500-600 yards against single non-maneuvering bombers. The Yak-9T was also successful against ground targets. Armor-piercing shells, fired from 500 yards at an angle of 45 degrees, could penetrate 30mm of armor. In late 1943, the Yak-9T was used in an anti-shipping role in the Black Sea. A total of 2,748 Yak-9s were built between March 1943 and June 1945.