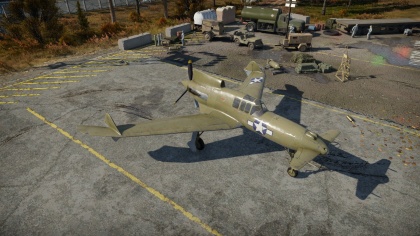 The U.S. Army sponsored three prototypes for a new pusher power-plant propelled fighter in 1941. Out of this was born the Vultee XP-54, Northrop XP-56 Black Bullet, and the Curtiss-Wright XP-55 Ascender. Four airframes were built for testing the Ascender. The first aircraft was delivered on July 13, 1943. During its testing, they discovered it required a long take-off run for the nose-mounted elevator to become effective. Before the issue could be addressed the aircraft was lost on November 15th. The second and third XP-55 flew in the spring of 1944. The second aircraft was used as a testbed for armament. On May 27, 1945, the third XP-55 took flight for public display over a crowd of 100,000 people. When the XP-55 crossed the airfield the pilot began to roll the aircraft. Without warning, the aircraft dove straight into the ground while being inverted. The pilot was thrown from the wreckage and suffered severe injuries. A nearby bystander was killed. After testing, the Ascender was judged to have poor performance and handling. The design was ultimately deemed too ineffective for a fighter. Although the XP-55 program was plagued with issues, it made numerous contributions to aircraft design. The second XP-55 is still on display today at the Smithsonian Institute's National Air and Space Museum in Washington D.C.