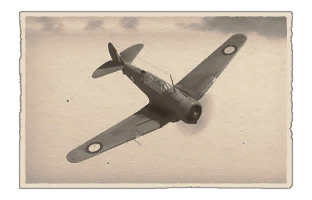 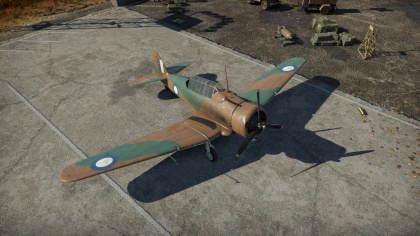 In arcade, the Wirraway makes a great fighter-bomber, good for attacking ground units but also to rack some aerial victories. In realistic, the Wirraway becomes even better. While sluggish when fully laden, once it releases it bombs it is very manoeuvrable and will out turn almost everything it comes across. Use its manoeuvrability to your advantage as your weak armament will do some, but not a lot of, damage. The rear machine gun can be useful of scaring off enemies commonly faced by the Wirraway such as the He 51 and the Ki-27. The highest ranked plane it will see is Bf 109 E-1's which are devastating to the little Wirraway. This little plane may be nimble but is not fast. It is one of the slowest climbers in the game and with a max speed of 356 kph even the slowest of planes can catch up to it.

When the Pacific War broke out, seven RAAF squadrons were equipped with Wirraways. Throughout the first months of the war, the Wirraway was pressed into service as a light bomber and as an "emergency fighter". It performed well enough in the ground attack role (which it was designed for), but suffered badly in air-to-air combat, scoring only a single air-to-air kill against a lone Zero while on a scouting mission. The Wirraway saw most of its combat action on New Guinea, before being withdrawn as more powerful American-built planes became available.