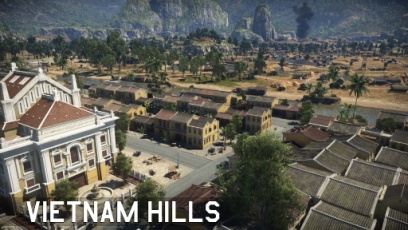 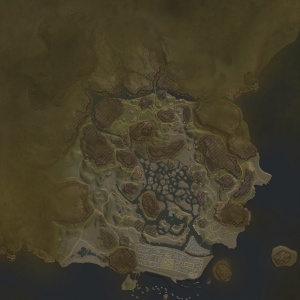 Vietnam Hills or simply Vietnam is a ground forces map available in all modes. It was added in Update 1.85 “Supersonic”. The map is set Vietnam’s central coast, during the Vietnam war.

The map has a few distinct areas. The east and west areas of the map (where the spawn points are located) are jungles with winding roads cutting through them. The terrain is uneven, and there are small settlements, temple and ruins dotted throughout the area. Many of the ruins seem to be recreations of the Mỹ Sơn (a collection of abandoned Hindu temples in Vietnam).

The north of the map is home to a number of rocky mountains, with players fighting in the gorges between them. The most eye catching feature in this area of the map is the main valley, running east to west, it has been the victim of a napalm strike. The area consists of uneven and rocky scorched earth, burned trees, and the odd crashed helicopter. Along the norther edge of the map there is a (not completely accurate) recreation of the Po Nagar Cham Towers.

The centre of the map consists of swamplands with many small islands and wooden huts, and a reasonable amount of trees and foliage. In the south of the swamps there are some more substantial islands, connected together with bridges (some of which have been destroyed). These islands contain far less foliage and are more built up with a greater number of larger buildings and various small docks.

The sout of the map is dominated by a large town. It consists mostly of extremely densely packed 2 story buildings. The dominant feature of the town is a massive Opera house. Behind the opera house there is a large temple, as well as two smaller temples in the east and west of the town.

The full tank battles map is 4km x 4km, although that includes an area of water in the southwest and areas in the north / west which are clearly not designed for use in tank battles, reducing the area suitable for tank battles to approximately 2.7km x 2.7km. See the table below for the restricted size available in each game mode. The air battles map is 65km x 65km.

This map is stated by Gaijin to be inspired by the City of Hội An and surround area, located in the South Central Coast region of Vietnam. Although the geography of the map and the town bare resemblance to the area around Hội An, the layout of the map is completely fictional. There are also a number of Vietnam's landmarks (modeled to varying levels of accuracy) included in the map, many of which are located a substantial distance from Hội An in real life. These include:

Domination
There are three capture points. Point A is located at the base of a tall mountain at the western end of the napalmed valley, point B is located near the western edge of thew swamp, near a small hill, and point C is located on the western tip of the large island, just north of the town. 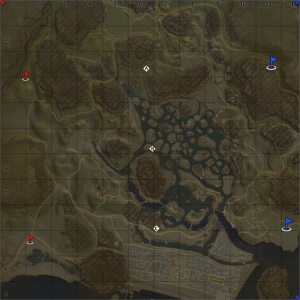 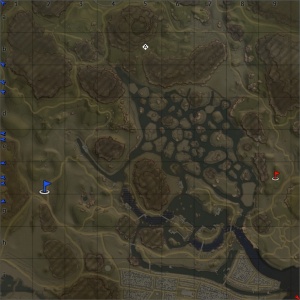 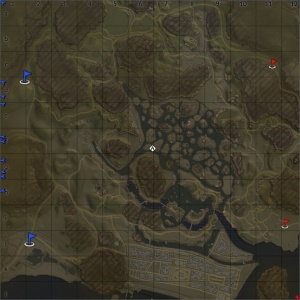 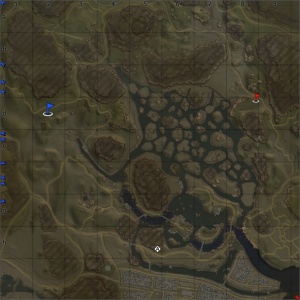 Battle
There are two capture points, each owned by one of the teams. The capture points are located in the same places as the A and C capture points from the domination game mode; player spawns are in the northeast and southwest. 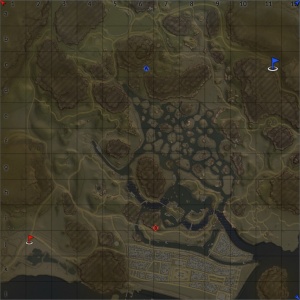