Difference between revisions of "V.G.33C-1" 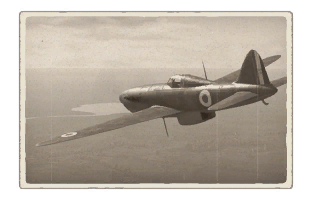 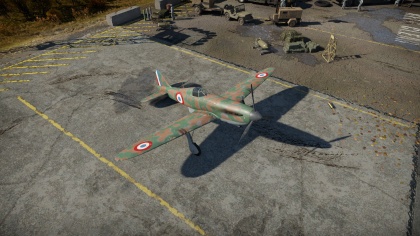 This plane have a good performence, is a really good fighter : good armement but low number of ammunition for the 20mm gun, good turn time and good rate of climb.

you will easily fight the first models of bf-109.

The arsenal VG 33 c01 is a fast fighter but arrived too late.

A light hunter of very high quality, the VG-33 was produced by the firm Arsenal de l'Aéronautique and belonged to this generation of aircraft whose production could not be completed due to the war. Given the international context of the time, it was indeed necessary to rearm as quickly as possible an Air Force sorely lacking modern and efficient fighters. A rate of 350 devices per month was desired. Nevertheless, 160 copies of this aircraft had already reached an advanced stage of production in June 1940, but only a dozen of these machines were able to fly.

The VG-30 prototypes had the distinction of being built entirely of wood. This non-strategic material (unlike the aluminum then commonly used in the manufacture of all aircraft) avoided any supply problems. Another advantage of the wood put forward by the engineers of the Arsenal, was the possibility of having the aircraft sub-assemblies manufactured by carpenters and cabinetmakers.

The VG-33 presented itself as a low-wing single-seater built entirely of wood and powered by a Hispano-Suiza 12Y liquid-cooled engine. Its armament consisted of a cannon and four machine guns. The prototype, which flew in the spring of 1939, displayed excellent overall performance, especially in the field of speed, and reached 558 km / h during official tests carried out in August of the same year. The performance of the prototype was superior to that of all fighters then in service like the Dewoitine D.520. The VG 33 flew 30 km / h faster than the D.520 with an older and less powerful Hispano Suiza 12Y engine of around 100 horsepower.

They were probably destroyed by the Occupant, who already knew the device well. Indeed one of the five examples seized in June 1940, the n ° 3, had been extensively tested at the Rechlin flight test center.