Difference between revisions of "User talk:AN_TRN_26" 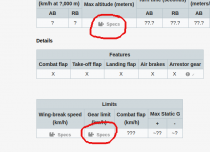 Hi! Is this the place to ask any editing-related questions? If so, I'm trying to figure out how to center stuff in tables and make it full-width. I tried source-editing, but I can't figure it out. I went to google, but it gives the same answer: style="text-align:center" and width:"100%", but it doesn't seem to work. If anybody can redirect me somewhere, or just explain this, I would appreciate that.