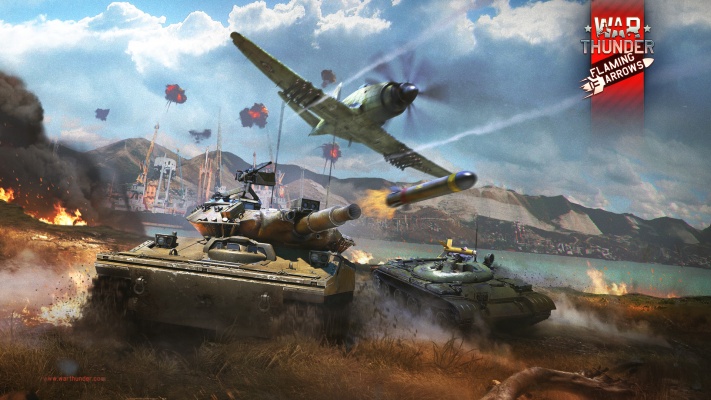 Update 1.59 "Flaming Arrows"(changelog) was introduced on 10 June 2016. It is most notable for adding Anti-Tank Guided Missiles (ATGMS) and a new hangar into the game.