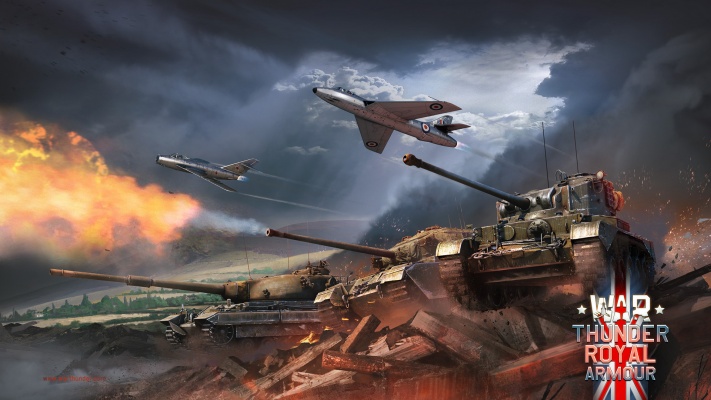 Update 1.55 “Royal Armour”(changelog) was introduced on 15 December 2015. It is most notable for adding the British Tank Tree into the game.

Changes in Locations and Missions

Special attention has been paid to the balance of the ‘top-end’ ground machines of all nations according to statistics. Those vehicles will once again be situated in their own Matchmaking bracket - 8.0

*Due to technical reasons new thermodynamics can be temporary switched on and off for first few days.

The following vehicles have had their Battle Ratings updates: